After damning testimony, key witness's own words used against him by defense 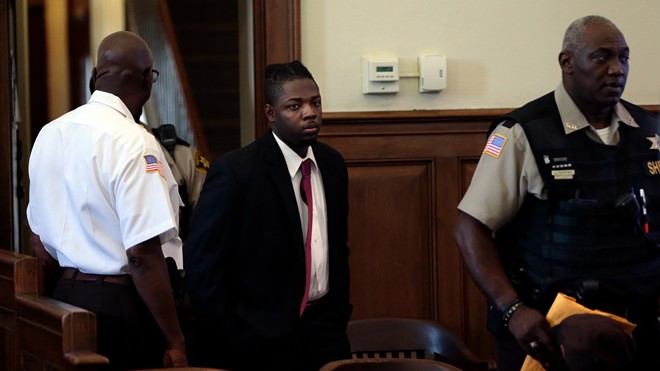 Robert Cohen
Stephan Cannon being led into court on day two of his murder trial.

The prosecution's star witness took the stand today in the trial of Stephan Cannon, the 26-year-old accused of killing retired St. Louis police captain David Dorn during a night of looting in the aftermath of George Floyd’s death.

Dorn was killed in the early hours of June 2, 2020, after responding to a burglary alarm at Lee's Pawn & Jewelry, which was being looted. Though Dorn was no longer a police officer, he still worked security for the store, which was owned by a friend. When Dorn arrived at the scene, he fired several shots in the air hoping to disperse looters. A few moments later, a man whose appearance was obscured by a mask and a baseball cap shot Dorn four times.

Journalists were allowed to view some of the visual material the jury viewed in the first two days of the trial, including surveillance video from outside Lee's as well as stills from video inside. The still images showed a man in a white hat, mask and black track jacket with white stripes crouching as he entered Lee's. The video shows the same man running with a pistol in his hand toward where shell casings were later found outside Lee's. There are no muzzle flashes in the video, though it is possible to see a plume of smoke that prosecutors say is from the shots that killed Dorn.

Prosecutors say that the masked shooter was Cannon.

This morning, the prosecution and defense questioned Elicia Beaver. Cannon was staying at her house in unincorporated north county when he was arrested. Police showed Beaver the still images from the surveillance video inside Lee's, and Beaver identified the man in the mask and white hat as Cannon.

In the afternoon, the state called its star witness, Mark Jackson, 24, the man who the prosecution says was with Cannon before, during and after Cannon shot Dorn.

Jackson testified that he and Cannon had been close friends for many years, but in the months leading up to June 2020, they had grown apart as Cannon began running with a different crowd. 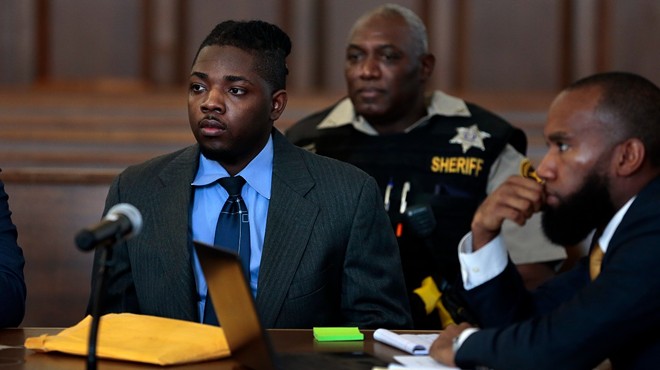 However, on June 1, 2020, when he saw the rioting and looting that was taking place, Jackson testified that he called Cannon and asked him to "come out with me."

Jackson drove his Pontiac G6 to pick up Cannon and another man whose name he didn't catch. The three of them "rode to the nearest location we could find to start the process of looting," Jackson explained.

The three men looted a Foot Locker, a Game Stop and a Hollywood Beauty before going to Lee's Pawn & Jewelry on Dr. Martin Luther King Drive.

Jackson described the scene at Lee's as "chaotic." 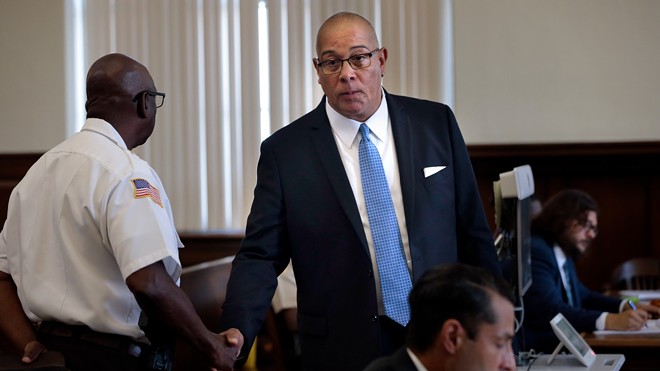 Jackson said that soon thereafter, Cannon shouted they needed to leave. They got into Jackson's Pontiac, and Jackson drove them home in silence.

The next day, Jackson said Cannon called him over Facebook messenger.

"He said he was the one that had to do that to him," Jackson recalled.

The prosecutor asked what that meant.

"That he was the one who shot David Dorn," Jackson replied.

Jackson is currently charged with felony murder as well as burglary, stealing, robbery and three counts of armed criminal action. Prosecutors charged Jackson with felony murder because, even though they don't believe he shot Dorn, they say he drove what was essentially the getaway vehicle and that Dorn's death happened in the context of another crime Jackson did commit, the looting. 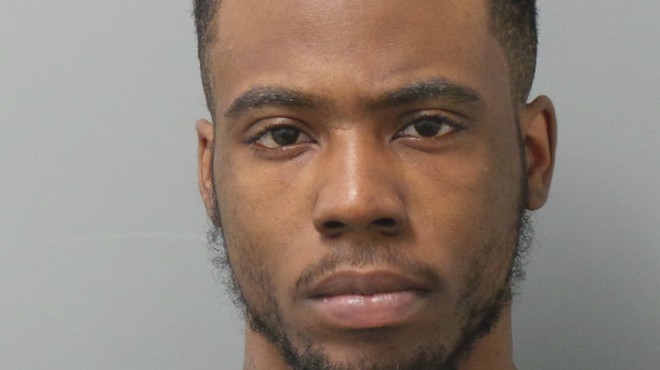 Cannon's defense attorney Brian Horneyer called Jackson's credibility as a witness into question by replaying for the jury audio of Jackson's initial interview with detectives. He was arrested about a week and a half after Dorn's killing. In the audio, Jackson changes his story again and again. As Horneyer played the audio, he paused it from time to time to ask Jackson about it.

The interrogation opens with Jackson saying he hadn't been to Lee's Pawn and Jewelry any time recently, a story he maintained even after being confronted with physical evidence he had been there, including a debit card he dropped at the scene of the looting.

Jackson goes on to lie about several more things, including that he didn't know Stephan Cannon and that his cousin had his Pontiac G6, which was inoperable, on June 2.

Officers tell Jackson that they don't think he shot Dorn. They believe Stephan Cannon did. "Mark, you got to help yourself, buddy," an interrogating officer says. "You did a burglary that's not that big of a deal to us."

Later, the officer adds, "You know who [Cannon] is. You act like you don't, but you do."

Jackson then changes his story, saying that he had been to Lee's to pawn a TV and that he'd loaned his car to someone else who wasn't his cousin.

Jackson then says: "I'll say pretty much anything to get out of these cuffs and back to my son. Tell me what to say and I'll say it."

"Tell us the truth," the officer says.

"The honest to God truth is what I'm saying," Jackson says.

He then gives a third version of events in which his Pontiac G6 is running, and he gave it to Cannon who was going to use it to "find some women." But the car then came back with bullet holes.

The officer then tells Jackson they want to use him as a witness, not a suspect.

"I'll witness whatever you want me to witness," Jackson says.

He then says that he was at the pawn shop that night with a man named Quinten Breeze, a person who Jackson now says is fictitious. Horneyer pointed out this is the fourth version of "the truth" that Jackson has given law enforcement. 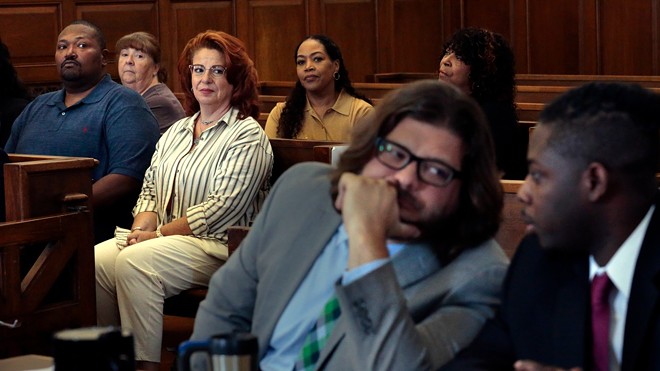 In the audio, the officer clarifies that he can't make a deal with Jackson, but that prosecutors often lessen charges against someone charged with felony murder if they testify against the person who actually pulled the trigger.

Jackson then says that he went to Lee's with Nels, a cousin.

Horneyer referred to this as yet another version of events, one in which Jackson tried to frame a blood relative to save himself.

About 18 months later, Jackson told law enforcement the version of events that he gave in court today: He picked up Cannon, drove him to Lee's, and witnessed Cannon kill Dorn.

When Horneyer finished cross-examining Jackson, prosecutor Marvin Teer was allowed to re-examine the witness. He asked Jackson what was different now. Why had his story changed?

"I've seen multiple things in the news," Jackson replied, referring to learning about Dorn. "It's time for everything to come to light."

Prior to Jackson's testimony, the state produced Facebook photos of Cannon in an Adidas jacket very similar to the one being worn by the masked man shown on the surveillance video at Lee's and later running with a gun outside of it. Another Facebook video showed Cannon brandishing guns.

The state also entered into evidence a plastic bag of shorn dreadlocks recovered from where Cannon was staying. The state cites this as evidence Cannon changed his appearance in the days after Dorn's death.

Also in court today, Chief Medical Examiner Michael Graham described the numerous gunshot wounds Dorn sustained before his death, including one caused by a bullet striking Dorn "where the two collar bones and the breast bone meet." 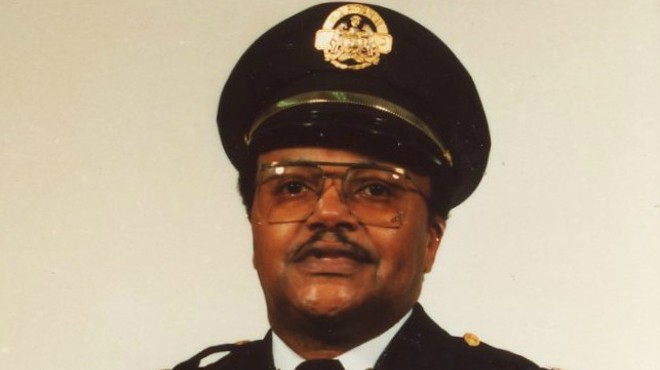