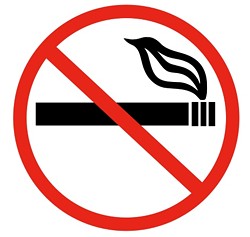 "It's a cultural difference," Chappelle-Nadal says. "In the urban areas, there's more of a movement towards having a statewide [smoking] ban, whereas in other areas, there's not."

At the St. Louis County Council, officials have proposed limiting the businesses that are exempt from the ban -- such that more bars and casinos would have to prohibit smoking. That bill has sparked a lot of protest from business owners that say smoking bans would directly hurt their revenues.

Courtesy of Carol Fallert
The Brew House, a Maryland Heights establishment that strongly opposes any bans on smoking.

And that backlash offers a taste of the criticisms Chappelle-Nadal's bill will get -- if it ever receives a serious debate this session.