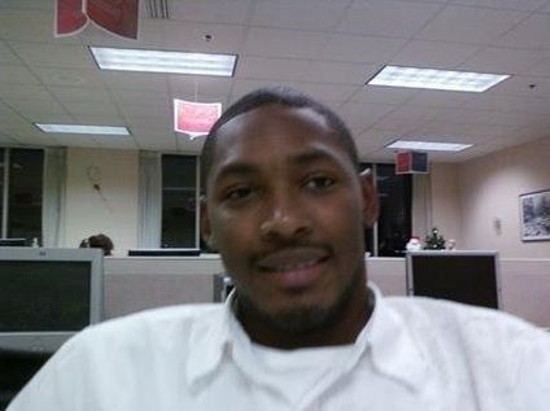 Seven months have passed since police officers from the St. Louis Metropolitan Police Department shot and killed 27-year-old Stephon Averyhart during a wild chase, but the investigation is still ongoing and few details have been released. Now, the mother of the deceased wants to know why it's taking so long -- and why she has never been contacted by police since they called her to identify her son's body.

On February 12, Averyhart was fleeing police before he crashed his car into a telephone poll near the corner of Harney Avenue and Union Boulevard. He then jumped out of the car and ran as officers followed him on foot. Averyhart turned into an alley and then was shot dead by the officers. The officers say Averyhart pointed a gun at them first and a gun was found on the scene. But friends and relatives say he although he kept a gun for self-protection, he wasn't the type to shoot at police; he was just running to evade getting arrested for warrants from unpaid tickets.

The only blemishes on Averyhart's criminal record are traffic tickets and a misdemeanor marijuana charge.

Whatever happened that day, Averyhart's mother Stacey Hill says she has been left in the dark about details. The only thing she knows about the shooting is what was reported in local news -- which was all based almost exclusively on a 215-word explanation in a press release. Other than that, she has heard nothing.

The only official contact between Hill and the SLMPD was when she got the call to identify Averyhart at the Medical Examiner's office.

"From that day to this day nobody has ever called me and said anything about my son," Hill tells Daily RFT.

The number of times Averyhart was shot, where on his body he was shot, whether there were witnesses, and if the police officers' shooting was justified according to protocol are all questions she has that have not been answered by police. It's a stark contrast to the handling of the Kajieme Powell shooting, which Chief Sam Dotson said he wanted to be as transparent as possible in order to avoid making the same mistakes the Ferguson Police Department made after the Michael Brown shooting.

"The whole time I was thinking about the things that happened in Ferguson, and how to make sure the lessons learned in Ferguson were not lessons repeated here," Dotson said at a hearing about the department's use of force policy last week.

Dotson made a point of releasing information about the Powell, including a video that captured the entire incident.

But Averyhart was killed in February, six months before the Brown shooting that has led to increased scrutiny on police brutality -- and information about Averyhart's death is scarce.

In an email, Leah Freeman, a spokesperson for the SLMPD, says the investigation is still ongoing and that's why so little information can be given out. However, she was able to confirm that the officers involved in the shooting are back on duty.

But Hill wants to know why the investigation is taking seven months. And if police are still investigating, what are they doing?

Click on the next page for more information about the investigation...

"I don't think they're investigating anything," she says, adding that several months ago, a receptionist in the police department told her that the case was closed and ruled a "justifiable homicide," which would run counter to what the SLMPD says today.

Residents in the neighborhood where Averyhart was killed, including several who live in houses that are adjacent to the alley where the shooting occurred, say police haven't talked to them. The fatal incident happened at around noon and many people were outside, including several of Averyhart's friends, who were standing in front of a tire shop that is also adjacent to the alley.

"The police never came around here to ask us anything," says Paul Fields, a friend of Averyhart who lives in the neighborhood.

That answer was repeated by several residents who live next to where the shooting occurred. At the Sharper Images barber shop on Union Boulevard where the shooting was a hot topic of conversation back in February, several men said nobody they know was ever questioned by police. The general consensus in the neighborhood seems to be that police didn't ask anybody anything about the shooting.

But the SLMPD denies that.

"Homicide advised that an area canvas was conducted after the incident occurred and all witnesses who reported to officers that they saw or heard the incident were interviewed," writes Freeman. "Investigators also went door to door in the area to determine if anyone else is the area may have witnessed the incident. If anyone knows of additional witnesses that have not spoken to investigators, they are urged to contact the Homicide Division at 444-5371."

Fields says he should have been talked to because he saw most of what happened.

"Police were running with their guns drawn and when they turned the corner, they just immediately started shooting," he says.

As for whether Averyhart pointed a gun -- Fields couldn't have seen that because he could only see up to the corner where the fence starts. But from years of knowing Averyhart, he says the idea sounds ridiculous.

"We are not those kinds of people and he most definitely was not," Fields says of Averyhart, who had a reputation of being something of a mild-mannered gearhead and worked as a mechanic.

"All Stephon did was fix cars, smoke some weed, and talk to women -- that's what he did," says a friend at the tire shop. "He didn't point a gun at the police. He was nonviolent."

But police did do some investigating in the days immediately after the shooting. What kind, exactly, is not certain.

Deonte, who did not give his last name, runs the tire shop near where Averyhart was killed. He says that police blocked off the area near the shooting and searched for about an hour each day for three days.

Hill, who has done her own investigating and talked to several people in the neighborhood who saw the shooting, says she hopes the fallout from the Brown shooting in August will help lead to an investigation into the SLMPD's handling of her son's case.

"Police are always more believable than taxpayers like myself and it's wrong -- it's like they're on the other side of the law and whatever they do just gets swept under the rug," she says. "But here's an opportunity for that to be revealed now. The Michael Brown shooting really opened the door."