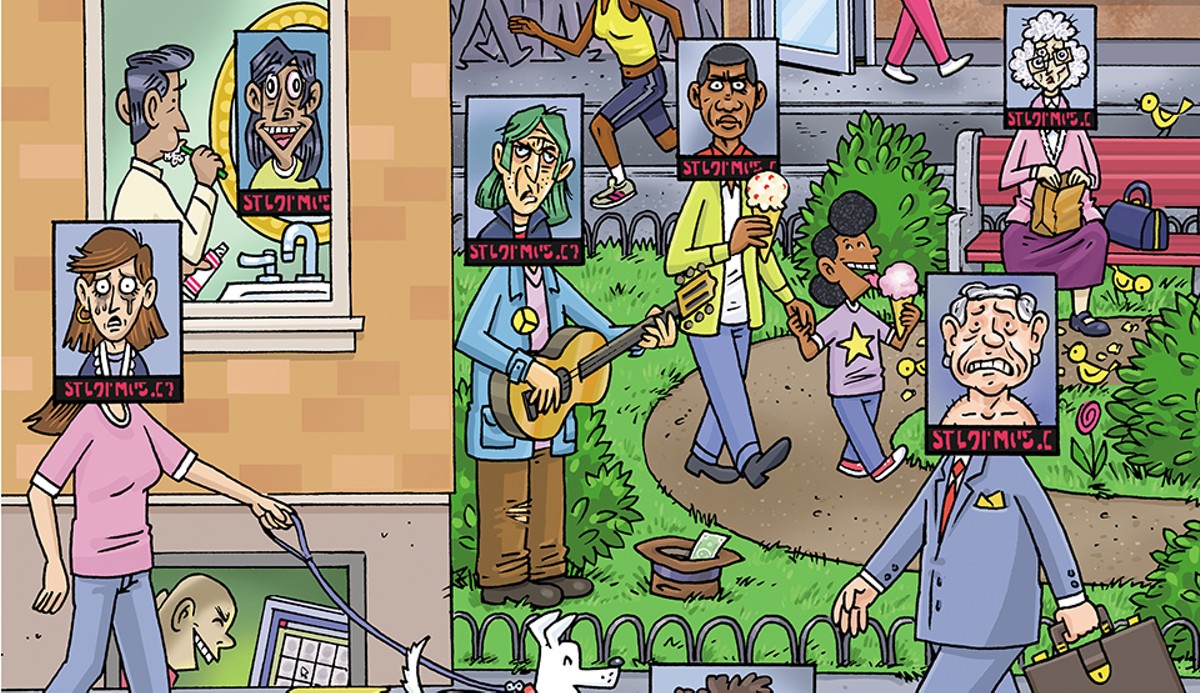 "I didn't even know if STL Mugshots was controlled by an organization out of St. Louis. It could have been in Nigeria, as far as I was concerned," says a St. Louis resident who asked not to be identified because his mugshot remains searchable on the website.

Originally triggered by a warrant for nonpayment of child support, the arrest that landed his image online is now more than five years old, though it was later resolved without a conviction on his record. He says he emailed STL Mugshots several times asking for its removal but never heard back.

"All I knew was I had a mugshot there that I was trying to get removed, and I couldn't get any traction whatsoever," he adds.

He describes a series of dead ends: After emailing STL Mugshots, he contacted several "reputation management" services that offered to "delist" the image from web searches, but he balked at paying thousands of dollars to another seemingly shady online industry. He spent years worrying that his employer would stumble across the mugshot on a Google search.

In frustration, he finally contacted the Ballwin Police Department, which had arrested and booked him in the first place before his transfer to the St. Louis County Justice Center. In an email, a Ballwin police lieutenant told him the department had never received any formal requests seeking his arrest data.

"We do not routinely release arrest information to include arrest photographs, unless it is the type of crime that could impact the community, i.e. robbery, serial burglaries and such," the lieutenant wrote. "The incident to which you are referring would not have been of the nature where a media release was conducted."

But if Ballwin didn't release the mugshot, who did? The lieutenant noted that Ballwin's "mugshot system" was maintained by REJIS, which, he wrote, "has strict procedures on releasing information."

In reality, those strict procedures were the very avenues on which the mugshot had passed, from Ballwin, to St. Louis County, to REJIS — and from there, to Edmund Tauk. 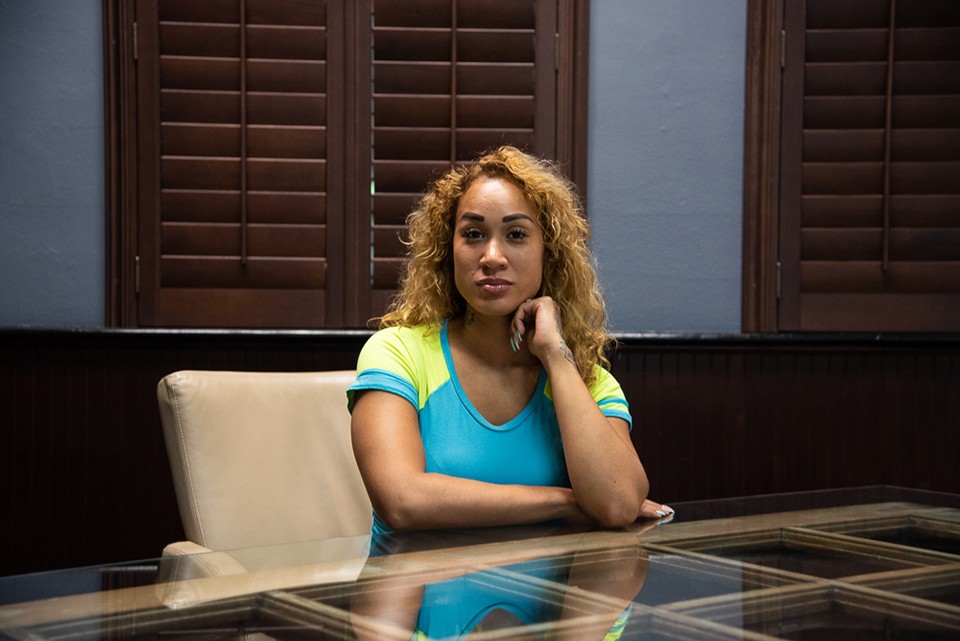 ERIN MCAFEE
A 2015 arrest on a "failure to appear" warrant put Jardena Green's face in the pages of Behind the Bars. Her charges were later dropped — but the mugshot remained.

In 2015, Jardena Green spent that Mother's Day weekend in a holding cell. Like thousands of drivers in St. Louis County, she had been caught in the predatory system of municipal traffic enforcement, in which motorists stopped for minor traffic issues would be flagged for previous violations in other municipalities — where they could be jailed and fined by the cash-strapped towns.

St. Louis County includes more than 80 municipalities, most which maintain their own court systems and police — producing a confusing and often badly coordinated system that relied on physical mailing addresses to inform defendants of court dates.

That spring, Green had been arrested in Maryland Heights for a traffic violation — but a check of her plates showed a warrant for her arrest for failing to appear at a Hanley Hills municipal court hearing for an unrelated charge of failing to register her vehicle. Green says the summons had been sent to the wrong address, and court records show the charge was later dropped.

Then her mugshot appeared in the pages of Behind the Bars.

"A friend of mine told me that they saw me in a magazine," Green recalls in a recent interview. "At the time, I was very active in martial arts, and I thought it was an article about something positive, but it was the total, complete opposite."

In college studying for a degree in criminal justice, Green says she dreaded applying for internships with background checks. She taught tai chi, but prospective students Googling her classes would find her mugshot along the way — "To have that slapped on there, and to have people look up what I do for a living, it was just so embarrassing," she says.

Green, who is Black, noticed that many of the pages featured on STL Mugshots and Behind the Bars are filled with faces that looked like hers: Black motorists arrested for minor traffic cases.

Considering the website and newspaper reflect the data collected from municipal police departments in St. Louis County — where Black drivers have been found to be at disproportionate risk for being pulled over — it makes a certain sense: STL Mugshots reflects the same racially biased policing as the departments which supplied its data.

But those details don't matter when a mugshot file is created. Like the rest of the content featured in Tauk's publications, Green's booking information began life on St. Louis County servers and was saved into a digital record managed by REJIS. Then it was sent to STL Mugshots.

"It's like this defamation of character, because no one's going to follow up and inquire about if the case was thrown out or what was it really for. It just looks awful," Green says. "I just feel like they're taking people and using their embarrassment as entertainment. That to me is really messed up."