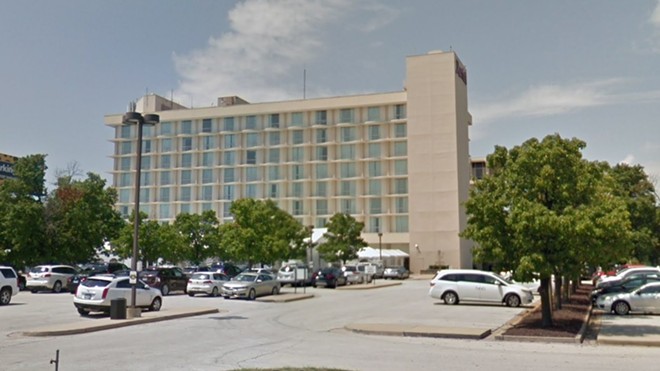 Google Maps
The Marriott by Lambert.

A hotel near Lambert International Airport was evacuated last night after someone set multiple fires in the building.

KSDK reported that crews from multiple fire departments responded to the St. Louis Marriott Hotel in Edmundson around 5 p.m.

There were six fires burning in the building at one point, at least one of which officials said started in the hotel's human resources office, Fox 2 News reported. Doors leading to staircases had been propped open, allowing smoke to rise from floor to floor.

No injuries were reported. Most guests were able to get out of the cold and back into their rooms. Some had to be relocated to other hotels.

The investigation is being handled by the Bureau of Alcohol, Tobacco, and Firearms and Explosives. Authorities say they have identified a person of interest who fled the scene and is not in custody.