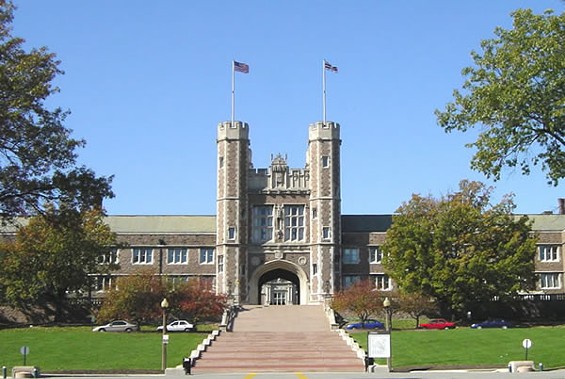 via
Two fires were quickly extinguished at Washington University.

No one was injured by the two fires found on Washington University's campus Tuesday afternoon, but officials say the fires were "suspicious."

In a crime alert sent to students and staff, university officials said the fires on levels two and three of the psychology building were quickly extinguished around 2:30 p.m. The fires did set off the sprinkler system, which caused "some water damage," according to the university.

Police and fire officials are investigating, and the school encourages anyone with information to contact campus police at 935-555 or the anonymous hotline CrimeStoppers at 866-371-TIPS.

Officials didn't say why the fires are suspicious. Daily RFT will update this story when we hear back from Washington University.