Tausha Fields: Missouri Woman Sentenced to Life After Ex-Lovers Testify Against Her 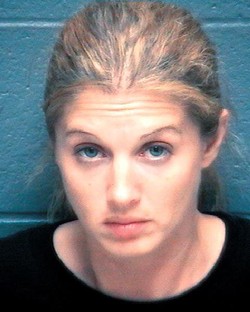 Tausha Fields: Sentenced to life w/o parole.
She was described as a seductress, a manipulator and a murderer.

In total, some seven former boyfriends and/or husbands testified or were mentioned during the murder trial with similar stories regarding Tausha Fields, a 34-year-old woman convicted of plotting her ex-husband's murder.

Yesterday a Boone County judge sentenced Fields life in prison without the possibility of parole for first-degree murder. In 2004 Fields lured her then husband Mitchell Kemp to a farm where she was living with boyfriend Greg Morton outside of Columbia, Missouri. Once there, Morton shot Kemp to death and, along with Fields, buried the body.

Morton later pleaded guilty to the crime and testified against Fields -- whom he later married and from whom he's now divorced. At the time of the murder, Kemp and Fields were arguing over custody of their new-born daughter, Lexie, now age 7.

Fields later moved to Texas where she was arrested and charged with the crime in 2008. She then delivered authorities to the spot where Kemp was buried.

In an interview with the Columbia Tribune, one of Fields' more recent paramours, Denver Workman of Wilmington, Del., describes how he got out of the relationship with Fields with his life -- but without his truck.

The Wilmington, Del., UPS worker left his job, uprooted his family and moved from the Florida Panhandle to Wilmington because [Fields] begged him to do so one day after being questioned by investigators. Not long after she begged him to move back, and when he didn't, he paid the price. "She would yell, scream and throw things at me because I wasn't leaving," Workman said. "She would tell Lexie I was a bad person and to kick me. ... I bought her a bus ticket to Florida and let her borrow my truck that was still down there. She took the truck, and I never saw her again."