Teen Shot as Police Break Up Crowd on Delmar Boulevard 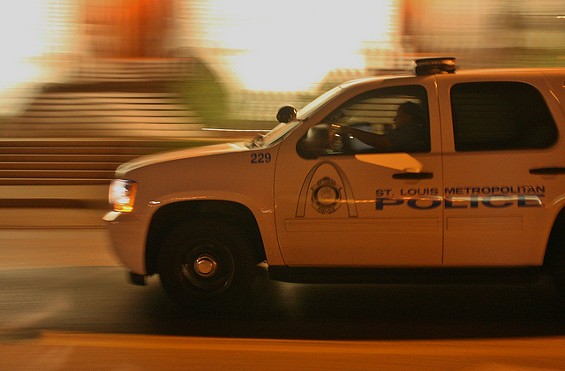 Police are still searching for the gunman who shot a teen on Delmar Boulevard near the Loop Tuesday night.

St. Louis police were breaking up a large crowd gathered in the 5900 block of Delmar Boulevard, east of the MetroLink station, when officers heard a gunshot around 8:20 p.m.

Officers immediately responded to the spot where they heard the gun go off but didn't find any injured people or damaged property.

Minutes later, dispatchers told police that the shooting victim, a seventeen-year-old boy, was in the hospital in critical but stable condition, according to police reports. The victim told police he was crossing the street near the crowd when he heard the shot and felt pain in his neck.

Friends took the victim to the hospital after the shooting. The victim told police he didn't see who fired the gun.

An hour later, another teen -- this time a nineteen-year-old man -- was shot in the back by an unknown suspect in the 3900 block of Sullivan Avenue, in the Greater Ville neighborhood. It's not immediately clear if the shootings were related.

Here are the full reports from police:

Officers were dispersing a large crowd in the 5900 block of Delmar when they heard a shot and immediately responded to the location from where they heard the shot.The officers' investigation at the time revealed no one injured and no property damage. Several minutes later, the dispatcher advised of a shooting victim at an area hospital. The victim stated while walking across the street in the above area, he heard a shot and felt pain to his neck. The victim was conveyed to a hospital by friends and listed in critical/stable condition. The victim did not see who fired the shot. The investigation is ongoing.

The victim stated he and his friends were standing in front of a residence in the above area when he heard gunshots then felt pain in his back. The victim ran to the 4000 block of Sullivan, where someone contacted this department. The victim was conveyed to a hospital to be treated for a gunshot wound to his lower torso and was listed as stable. The investigation is ongoing.