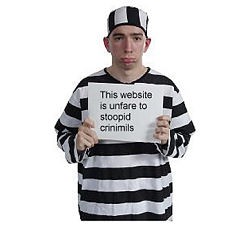 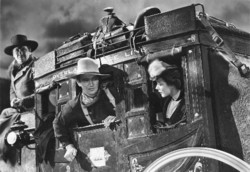 David Scott, the man who would kill for a bag of Cheetos.

6. David Scott. There are some things worth killing for. Love, honor, country, etc. David Scott chose to murder Roger Wilkes (with a stab in the chest) over a bag of Cheetos. What more can we say?

5. Brenda and Charles Albiol. The Albiols checked into a Red Roof Inn near Columbia and promptly converted their room into a meth lab. Police apprehended them, naturally. You really can't trust housekeeping anymore, can you?

4. Anteaus D. Washington. Ever hear the one about how aluminum foil blocks satellite transmissions? We haven't either, but then again, we grew up putting foil over the bunny ears of our TV antennae to improve reception. Anyway, Washington -- apparently a budding scientist -- had the brainwave of covering the satellite on the roof of a Fairview Heights BP with foil in the hopes that the satellite would be unable to transmit credit card information and he could get his gas for free. It's unknown whether this method actually works because witnesses, noticing suspicious activity on the roof of the BP, called the police and Washington was arrested before any signals could get out (or not).

The Robert A. Young Federal Building, protected by McGee's stupidity.

3. Jeremiah Merello McGee. The Fairview Heights police had their hands full with criminal masterminds this year. McGee also had a brilliant idea, that he would firebomb the Robert A. Young Federal Building. One fine day in April, he parked his car and headed toward the building. But wait! He forgot the bomb! He headed back toward his car, set the thing on fire and chucked it toward the building. There was an explosion. And then McGee was promptly arrested, because, unlike other great criminal masterminds, he'd neglected to do proper reconnaissance and had parked in full view of the building's guard shack.

2. A.P. Gambling is illegal in Crane, Missouri, as the gas station owner identified as A.P. clearly must have known. Nonetheless, he chose to install a pair of slot machines in his gas station...which happens to be right across the street from the office of Crane's chief of police. It's perhaps needless to say (though we'll say it anyway) that the casino did not last long.

And the dumbest criminal in St. Louis this year?

1. William Lawrence. After Lawrence was arrested in February for marijuana possession, Maplewood police confiscated his shotgun and .22 caliber rifle. Lawrence was not happy. Even though he made several phone calls and and even paid a visit to the police department, evidence custodian Kerry Daniels refused to give him his weapons back. So on March 1, Lawrence posted this following ad on Craigslist: "Wanted dead, all the maplewood city police officers, paying one million per head. two million for detectives Kerry Daniels." The police contacted Craigslist founder Craig Newmark, who was able to produce the e-mail and IP addresses of the person responsible for the post, who, of course, turned out to be Lawrence. Since Lawrence is unemployed and declared bankruptcy in 2006, it was unclear how he would have paid the contract killers. He's now facing jail time and fines up to $250,000.