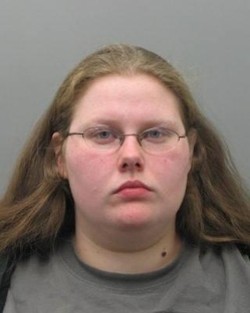 There she is...Miss Ass Clown.
It's official. Tessa Vanvlerah, the suburban St. Louis mother charged with child pornography, incest and statutory rape and sodomy for crimes involving her 13-month-old daughter has won Daily RFT's Ass Clown of the Year.

Vanvlerah beat out a panel of eight other nominees to capture nearly 40 percent of the total vote. In March of last year, Vanvlerah, 20 of Ballwin, was accused of arranging for a man to fly from California to St. Louis to sexually abuse her infant daughter. Vanvlerah is scheduled for a plea hearing in St. Louis County Court next month.

Coming in second place for Ass Clown of the Year was state senator Matt Bartle who captured 26 percent of the vote for introducing and gaining passage of a law that prohibits nudity at Missouri strip clubs.

Read about all the contestants -- and see how they fared -- here.