The Big Bloody: Man Charged in Stabbing Death of Roommate 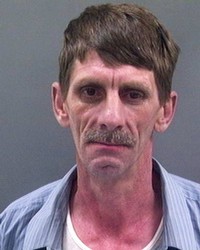 Whitmore and Thomas Owens, 44, were in an argument in their home in the 7400 block of S. Broadway on May 8 at approximately 7 p.m. when Whitmore stabbed Owens multiple times. Owens died on the scene.

The circuit attorney's office has issued warrants for first-degree murder and armed criminal action against Whitmore. He's being held on a $250,000 bond.