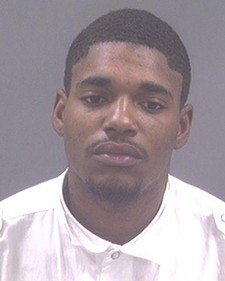 Police Handout
Brandon A. Whitby
The St. Louis Circuit Attorney has charged Brandon A. Whitby, 20, of the 5700 block of Helen, with first-degree murder for the killing of two-year-old Malik Duff.

Duff was pronounced dead at a local hospital Saturday, after being brought there unresponsive.

An autopsy performed on the child determined the cause of death to be blunt force trauma. During the investigation, Duff's nine-month-old brother was discovered to have visible marks on his face and body, as well as internal injuries.

Further investigation revealed a loaded handgun and heroin within reach of both children inside the residence in the 1100 block of East Linton. The gun was stored inside a toy car. The heroin was stored under a mattress.

Police later arrested Whitby, who authorities say is the boyfriend of the children's mother.

He is accused of striking the nine-month-old boy with a belt and causing Malik Duff's death by beating him.

Whitby is in custody and is being held on a $1 million bond.