The Big Bloody: Man Charged with Killing Visitor in His North County Home 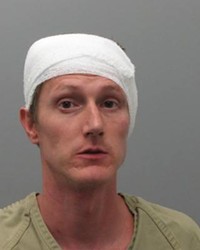 Gerler has been charged with second-degree murder and armed criminal action in the death of a 32-year-old male acquaintance. According to the St. Louis County Police, the acquaintance was in Gerler's home around 11:45 p.m. Tuesday when the two got into an argument that turned physical.

Gerler then shot the man -- whose name has not been released -- in the chest. Gerler was arrested at the scene and a weapon was recovered. He is currently being held on $250,000 cash-only bond.