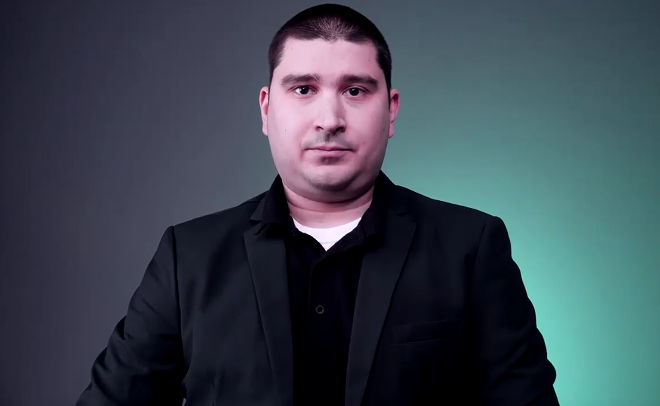 Welcome back to the Big Mad, the RFT's weekly roundup of righteous rage! Because we know your time is short and your anger is hot:

A Lost Cause: In a moment of moral cowardice and breathtaking cringe, Missouri State Rep. Tony Lovasco took to Twitter this week to limply argue that President Abraham Lincoln should have his statue removed from Washington D.C. because he was just as “reprehensible” as slave-owning Confederate general Robert E. Lee. “If we insist on tearing down statues of reprehensible people, let's at least be fair and balanced about it,” Lovasco tweeted, helpfully including a photo of the Lincoln Memorial alongside a video showing the statue of Lee as it was removed via crane from its pedestal in Richmond, Virginia. Lee’s removal greatly troubled the O’Fallon lawmaker, but, as Lovasco bravely pointed out from the increasingly deep hole he was digging, even though Lincoln didn’t “own literal slaves,” he did something just as bad! By which Lovasco meant “conscription to fill the ranks of the Union army,” because, duh, as any student of American history knows, “conscription is also a form of slavery” — surely setting up an endless discussion topic for future Civil War historians as they debate who the Civil War’s good guys were. (Hint: It was the side not fighting to defend slavery.) The doubling-down continued, with Lovasco attempting to argue that, actually, of course he doesn’t support the Confederacy, he just “[finds] it odd that we tear down one oppressor's statue while putting the other's likeness on our coins.” It is weird how that works out, right? It’s almost like ending “literal slavery” was maybe a good thing? We would ask Lovasco his thoughts, but we’re all out of pennies.

Pro-Life, Pro-Pandemic: There are no words for the rage we feel for women and people with uteruses in the United States right now. Imagine watching your rights be stripped away state by state, while all you can do is wait for the next election with fingers crossed. And if you happen to get pregnant before an election cycle could possibly replace the men in power who are taking your right to choose away from you, you’ll have to travel miles and miles to a different state to receive the healthcare you need — if you can even afford it. And, in the ultimate insult, the legislators who are taking aim at abortion access are the same people spewing bullshit about how a vaccine or a mask is a “personal choice” because it's your body. These people love to point out supposed hypocrisy in the “my body, my choice” phrase when it comes to vaccines or masks, but refuse to think logically. A worldwide pandemic that could be stopped if certain precautions were taken by the individual is nothing like abortion access. One affects the individual, one affects those around the individual. Simply put: Women can’t spread pregnancy like you can spread COVID-19. If women could transmit a pregnancy to men, abortion access would never be up for debate again. Instead, we’re stuck in a world where women are forced to give birth to a baby that may die from COVID-19 because God forbid the Missouri legislature protects people over embryos.

Elite Thinking: Did you hear that the St. Louis Post-Dispatch says Alderman Jack Coatar told them that he's talked to “a number of large downtown employers who have indicated they are going to seriously consider not renewing leases”? That sounds serious. If these power players are indicating and seriously considering, it’s probably time to do whatever they ask. Should we pull police from other neighborhoods to beef up patrols? Shoo panhandlers away with leaf blowers? Fully barricade all the roads and make Downtown accessible only by helicopter? It’s just so hard to know what to do. Naturally, corporate deities, such as coal giant Peabody Energy, aren’t obligated to come out and explain themselves to the everyday simpletons who populate this city. Better to share their displeasure through the atmosphere of political hands so that it rumbles like unknowable thunder upon the masses. We can then offer as tribute whatever city resources we can gather in hopes of appeasing mysterious CEOs who may be thinking about whether it would be a good idea for them to research moving. And, yes, the heretics will shout into the wind that St. Louis’ power is in its varied neighborhoods, but that is the perspective of the small. No one can understand this city’s big picture until they’ve looked down on it from the windows of a highrise boardroom.