The Big Mad: The Good Rush, Bad Customers and Hawley's War on Baseball 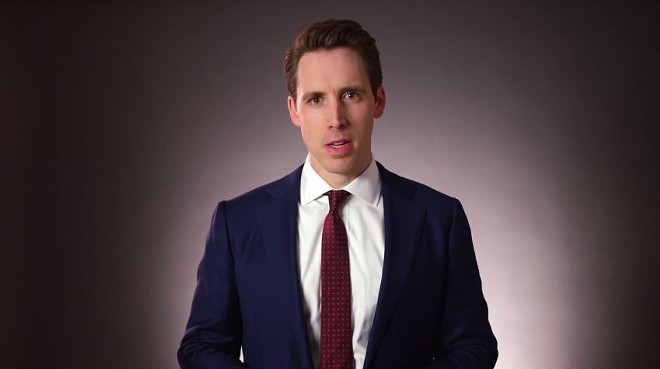 SCREENSHOT VIA YOUTUBE
Josh Hawley is no fan of America's pastime when there's money to be made off of outrage.

The Good Rush: The Missouri legislature is attempting to besmirch the good name of Rush Limbaugh and we won’t stand for it — and that's because it’s not the recently departed radio bloviatrix suffering besmirchery, but his father, Rush Hudson Limbaugh Sr. In fact, it was Rush Sr. who helped lead the 1940 efforts to transform Missouri’s corrupt judicial system into a nationally recognized model for appointing judges, one driven by commissions whose members represented the interests of the governor, judges, citizens and attorneys. Missouri became a trailblazer, and with Rush Sr.’s help, the non-partisan system was dubbed “The Missouri Plan” as it was copied and remixed in more than 30 states. Now, as is the way of things, one of Missouri’s greatest namesakes is being undermined by one of its lowest: Missouri’s Republican lawmakers. On April 8, a state senate committee marked the first hearing for SJR14, sponsored by Republican state Sen. Rick Brattin. The bill would replace the Missouri Plan with a version of the federal system where the governor would select candidates, pending confirmation in the senate. Brattin argues that the supposedly non-partisan Missouri Plan is already affected by partisan politics — but his solution isn’t to reduce partisan tensions, but to push the pedal directly into the floor by turning every appeal and state Supreme Court vacancy into a fight over how fast a conservative-dominated legislature can approve the governor’s nominee. As Brattin explained in an interview with the Missouri Independent, solving the problems of Missouri’s judiciary isn’t about removing partisanship, but “where do we want partisanship?” — which is just rich. In Rush Sr.’s day, the problem with judicial elections was too much politics. For Republican lawmakers today, the problem is that the partisanship isn’t helping them enough.

War on baseball: Old regular guy Josh Hawley now hates Major League Baseball and is trying to screw it up for everyone else. The day before the St. Louis Cardinals’ home opener, Hawley targeted baseball and “giant woke corporations,” threatening to “bust them up.” For the record, baseball has plenty of problems — racist fans taunting Black players and enough steroids to power ten seasons’ worth of Goodyear blimp flyovers, to name a couple. But when MLB finally did the right thing and moved the All-Star game out of Atlanta in protest of Georgia’s new voting restrictions, Missouri’s most prominent culture warrior felt his Twitter fingers tingle. Sure, Hawley has accepted hundreds of thousands from big corporations who typically do their influencing behind the scenes, but he’s learned that it pays even better to latch onto conspiracy-addled crazies. After leading the insurgency-inspiring effort to overturn the presidential election, Hawley’s camp bragged about a huge spike in donations — nearly $1 million in January. Attacking Major League Baseball must look like a lucrative extra inning.

The customer is always exhausting: At this point, 10,000 days into the Indoor Times, you'd think people would be so thankful for a chance to eat anything other than Cheez-Its out of the box for dinner they'd be on their hands and knees thanking the hard-working people in the hospitality business for the opportunity to eat in a restaurant. Alas, the early days of the pandemic — when people tipped like mad and called servers heroes — are over. In place of $100 tips on carryout orders, several local restaurant professionals have used social media to detail the abuse hurled their way by amped-up guests looking for anyone to take their pandemic-induced rage out on. From berating restaurant owners about using disposable utensils instead of actual flatware to screaming at teenage coffee shop workers for enforcing county mask mandates to a group of unruly guests actually showing their bare asses to staff at a popular eatery (they've since apologized), more than enough restaurant customers have been hard at work showing us the worst of ourselves. As Food & Wine wrote several weeks back, entitlement and bad behavior have been so bad lately, it's made life unbearable for those making a living in the hospitality industry. There's already a terrible staffing shortage in the business, with restaurants struggling to find help. With behavior like this, it's not going to get any easier to staff up.

Louder for the back: Twin Cities area police enragingly couldn’t even make it through Derek Chauvin’s trial without senselessly killing yet another Black man, Daunte Wright, when Brooklyn Center, Minnesota, police Officer Kimberly Potter somehow confused her bright yellow plastic Taser with her black metal gun. We don’t have anything clever to add about the anger we’re feeling in solidarity here from St. Louis — except, of course, that Black lives matter.