The Bootlegger Who Took Down the KKK 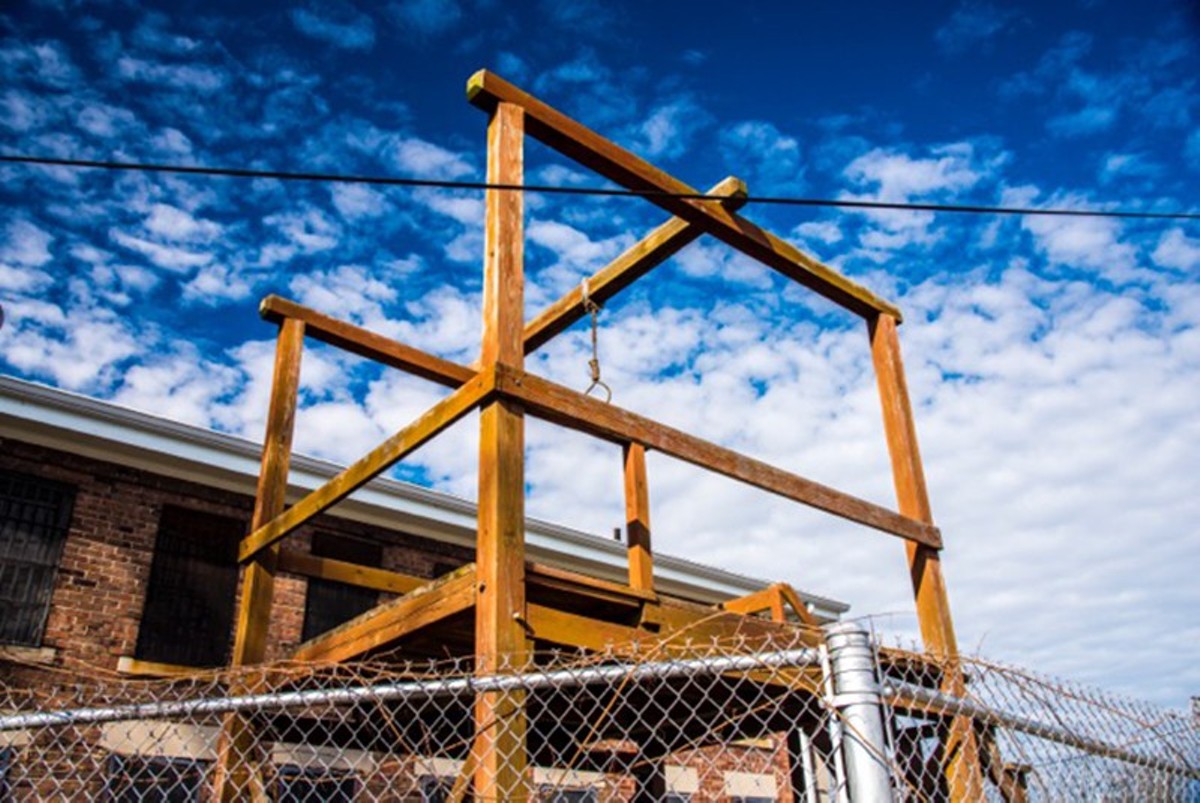 Today Benton, Illinois, has a replica of the gallows where Charlie drew his last breath. PHOTO BY SCOTT PHILLIPS

He was the most notorious bootlegger in the rural Midwest, and with the help of some gangster peers and an arsenal of Tommy guns he broke the back of the Ku Klux Klan at a time when that organization was a force to be reckoned with in southern Illinois. A household name in this part of the country in his day, he inspired terror and love in equal measures, and nearly a century after his death, his restless soul still calls out for our attention.

Some facts still resist untangling. He was either born in Russia in 1880 (by his own account), or in 1881 (so writes Wikipedia), or in what's now Lithuania in 1882 (his sister's version) or in 1883 (according to his gravestone). His name at birth was Schachna Itzik Birger, but everybody called him Charlie. His hideout, the Shady Rest, was situated on Route 13 somewhere between Marion, Illinois, and Harrisburg, Illinois, but there's no agreement among historians and aficionados as to the exact location of the site.

What's not in dispute is that he was hanged outside the Franklin County Jail in Benton, Illinois, on Friday, April 13, 1928, for the murder of Joe Adams, the mayor of West City, Illinois, and that he lies buried in Chesed Shel Emeth, a Jewish cemetery on Olive Boulevard in University City, Missouri.

Charlie Birger's defunct state notwithstanding, on a cold, dry February night close to 90 years after the last public hanging in the state of Illinois, a cheerful cohort is gathered at the former jail-turned-museum where Birger spent the last year of his life to see if the old bootlegger has anything to say for himself.

Benton is a city of about 7,000 people, located roughly an hour-and-a-half drive east of St. Louis, just south of Rend Lake, right off Interstate 57. Its town square, dominated by the Franklin County courthouse where Birger was tried, is also home to an antique row, and a few blocks away is a vintage auto museum. In the early 1960s, George Harrison's sister Louise lived here, and when the Beatle spent two weeks in Benton in 1963 — already famous in the U.K. but unknown here — Harrison played with a local band at a nearby VFW and gave an interview on WFRX radio in which he played a 45 of "She Loves You." (WFRX had earlier, thanks to Louise's persistence, become the first station to play a Beatles record on American airwaves.)

At the outset I'd intended to write a straightforward piece about Birger, but I'd made a trip to Benton the week before to take some pictures, and museum volunteer Bill Owens mentioned that a group of ghost hunters were coming the following Saturday. I asked if I might come and talk to them.

The Franklin County Jail Museum's reputation for being haunted sprang partly from a series of electronic voice phenomena (or EVP, in the parlance of that subculture) that a ghost hunter recorded at the jail in 2013. Also, an infrared photo taken from the exterior of the building at that time revealed what looked to some like an image of Charlie Birger himself peering out the window of his cell at the street below. (His supposed face, it must be noted, materialized in a window of the sheriff's living quarters at the front of the building, an area that would presumably have been off limits to him in life. It's understandable, though, that his ghost might prefer that window to the one adjacent to his cell, which offers a view of a full-scale replica of his gallows, built after the jail was decommissioned in 1990.)

At one point in a ten-minute video the ghost hunter posted to YouTube in 2013, a disembodied voice whispers "Should I stand by the screen?" while the camera is pointed at the screened window overlooking the gallows. At various points in the video other such breathy phrases as "Help me," "Tell me a story" and "I can't help it" can be heard, although in fairness they sound to some ears like currents of air blowing over the windscreen of a camera microphone. The video has been viewed more than 20,000 times.

I've been in the building several times in daylight and found the vibe unnerving; at night, of course, it's considerably eerier. As for my own attitude toward such things: A movie producer once asked me, apropos of a script I'd collaborated on about a haunted restaurant, whether or not I believed in ghosts. "No," I said, "but I'm scared of 'em." The movie never got made, but I stand by my answer.

Tonight's ghost hunters call themselves 618 Paranormal, an affable group of sincere, youngish men and women who cheerfully answer my questions as they busy themselves setting up video cameras and audio recording equipment in the cellblocks, the old jail kitchen and the long-unused basement, which features a door to an underground tunnel that, according to legend, once led to the county courthouse a few blocks away and then further on into downtown. It was through this tunnel that Charlie would have been led from his cell to the courthouse to stand trial.

Bill Owens opens the door and I peer in to see mops and empty bleach jugs. I take a few flash photos of the deeper part of the tunnel, but all I capture are some old soda bottles. Owens points out that the basement was where new prisoners were brought for intake and also for interrogation; for that reason, tonight's group has placed a remote camera down here. Gloomy and dusty as it is now, in Birger's day it certainly saw some grim business. All kinds of ghosts might be down here, or none at all.

This raises the question of why Charlie Birger's phantom in particular should haunt this building, or why anyone might care one way or the other. He hasn't been forgotten, precisely, though his legend has dimmed somewhat over the decades. Older residents of the region still remember stories told by parents and grandparents about the biggest, baddest bootlegger agrarian Illinois ever saw, and there may even remain a handful of elderly witnesses to the hanging, which was so well-attended that spectators climbed nearby trees to get a better view of the grisly affair.

Lurid pencil illustrations with descriptive typewritten captions of some of the Birger gang's doings, posted around the walls of the two cellblocks, may help to explain his continuing relevance. They were made years after the events they depict by one Harvey Dungey, a former member of the gang. He was a talented but untrained artist, and the drawings have a wonderful naïve quality, vivid but stiff, as though Grandma Moses had decided to document armed robberies, bombings and wanton murder. He intended to travel around the region showing the drawings and telling the story of the gang, but the lure of perfidy was stronger than that of art; in 1958, Dungey attempted to rob a tavern and was shot to death by a night watchman, leaving behind this remarkable trove of firsthand visual accounts.