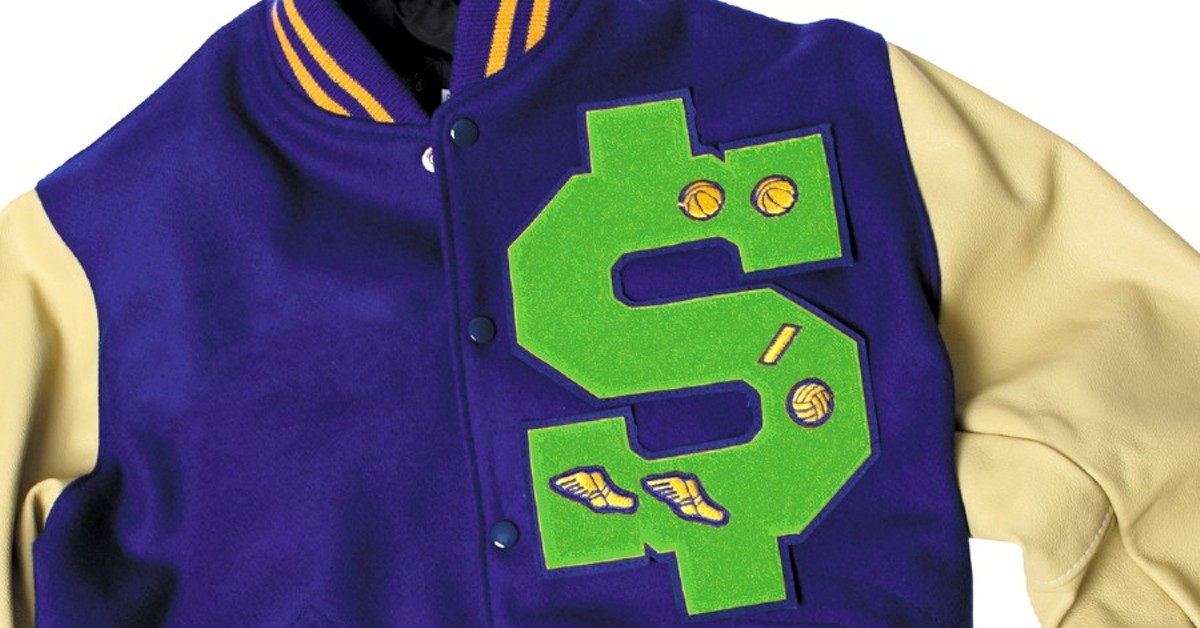 The Missouri law allows districts to deny a request for enrollment in a virtual program if they determine it's not in the student's best educational interests.

But when districts have issued denials, they have often faced lawsuits or letters threatening legal action from Schindler.

The law allows parents to appeal a district's decision to the school board and then DESE, but in at least three cases, Schindler filed lawsuits against districts before the parents had done so, according to the defendants' court filings.

A mother living in the Willard public school district in southwest Missouri tried to enroll her middle school student in MOVA in 2019. Her daughter was getting C's, D's or F's in each of the four core subjects while learning in person. Based on her academic performance, the district determined virtual learning was not in her best interest, according to a letter sent to the family.

"What we have found is that the students who have the ability to self-regulate, they can be successful in the virtual world," says Matthew Teeter, superintendent of Willard Public Schools. But students who "have an inability to come to school, are missing multiple days ... and don't tend to make up the work that they missed don't tend to be successful in the virtual world."

Schindler alleged that the district had denied the enrollment in MOVA and instead encouraged her to enroll in Launch, a virtual education program run by Springfield Public School that charges $225 less per course than MOVA.

But a letter from the district to the parent in December 2019 makes no mention of Launch in denying her request and states that it does not believe she would succeed in virtual courses.

Schindler eventually dropped the suit. The student did not enroll in MOVA through Willard, Teeter said.

"Parents, I think, do always want to have the best interest in mind for their kids," Teeter says. "I can also say that sometimes the evidence doesn't back up their opinion ... because we have enough evidence to suggest that virtual education would not be the best option, so how can we as a school district in good conscience allow a student to fail?"

The state's virtual education programs operate within an unusual loophole. While MOVA only accepts students on a full-time basis, their students' performance on state standardized tests is not factored into Grandview's state assessment. It's counted against the district in which they reside, which no longer teaches the student. And those districts still have to pay virtual education programs on a student's behalf.

"Even though a student may never walk in our doors, and they go to an online for-profit, virtual school, we as the school district in which they reside is still responsible for their state assessment score, so [Grandview has] zero accountability in all of this, but they are receiving a substantial amount of revenue for the services they provide," says Dale Herl, superintendent of Independence School District near Kansas City.

Schindler filed two lawsuits against the district concerning students who wished to enroll in MOVA. In one case, the mother dropped the suit and said in a private Facebook message that her daughter no longer attends MOVA. She declined an interview request.

In the other, the court ruled against the student. The Jackson County judge found that the student had not been legally allowed to enroll in MOVA at Independence's expense before DESE ruled in the case. The court also stated the district, which is responsible for the student's performance, had a legal right to ask the student to submit an assessment of her progress more than once a semester.

Otherwise, the "student could fail a class, or simply not participate, and [Independence] would not know until it was too late to intervene, thereby harming the student, losing educational time, and wasting taxpayer funds," the ruling states.

Herl and other superintendents still say that some students can be successful virtual learners. The Independence district also has a virtual education center that Herl says uses Stride curriculum.

The difference is "we have a face-to-face piece to our online education. We do ask that our students come in so we can proctor tests and monitor their progress," he adds.

Herl says the district has calculated that it costs the district about $3,000 per student per year, which is half of what MOVA charges.

But some parents say virtual education is better than the alternative in their district. Jasmine Hill turned to Schindler after St. Louis Public Schools denied her request for her elementary school-aged son to attend MOVA. The district eventually allowed her son to enroll and Schindler dismissed the suit.

"I am an entrepreneur, and I am a single mom, and with my lifestyle, it's better for him and me both for me to teach him one-on-one," says Hill, a hairstylist whose son would spend time with her at a salon near Washington University and "be tutored by different people."

Her son was supposed to attend Monroe Elementary School, she says, a school where the entire student body lives below the poverty line and where less than 9 percent of students test as proficient or advanced in English, math and science, according to the state's annual performance report in 2019.

She tried the St. Louis Public Schools' internal virtual education program but says her son "started getting sick and nauseous and throwing up."

"I just don't think it's that great to keep children on a computer for that long without interaction from other humans," Hill said in July 2020, as her son was preparing to start at MOVA.

Asked whether virtual education would then be a good fit, given her son's reaction to the district's version of online school, Hill said she had been told a typical day at MOVA included plenty of time away from the computer.

In a follow-up interview in December, Hill said her son was "loving it. It came with all the tools he would need, from computer to printers to books to teaching tools, supplies, and paint and brushes. It comes with a lot of stuff, and I really like it."

Schindler admits that he is paid by the National Coalition for Public School Options, a lobbying group that has fought efforts from state and charter school groups to provide additional oversight of Stride's virtual charter schools around the country. The 74 documented that Stride and the coalition have shared the same lobbyists in Washington.

But in spite of Schindler's praise for MOVA and significant evidence of cooperation between Stride and the coalition, Schindler denies that he works on the company's behalf.

"I am an absolutely one-trick pony: If a parent has a right under [the virtual education law] and that right is being thwarted, I am going to fight to vindicate the parents — this is not anything other than that," he tells the RFT.

But at the August hearing, Schindler referred to a map created with information he received from MOVA showing the number of applicants throughout the state who were awaiting district approval.

"If DESE, doing its homework, also goes and finds out which school districts are sitting on applications and not even ruling on them, steps should be taken against those districts," Schindler said.

State Sen. Ed Emery (R-Barton) suggested that the state implement a checklist for districts to comply with the state virtual education law and that superintendents could be dismissed if they don't.

To bolster MOVA's case, one of its employees also created a spreadsheet titled "NCPSO [the company Schindler works for] Count of Denied MOCAP students" that was distributed to lawmakers at the hearing, according to a letter from DESE.

That spreadsheet contained the personal information of 1,450 students. State officials were outraged, describing the list as a "significant data breach" and a violation of state and federal law.

And "if you are human trafficking, you could use a stolen child's identity to cover a child you should not be in possession of," Neale says. Asked whether the state would take action against Grandview or MOVA, Neale describes it as an "ongoing legal matter."

Schindler "used the spreadsheet data in an effort to convince members of the Joint Committee and others that there was a tremendous backlog of students waiting to be enrolled in MOCAP courses," according to a letter from DESE's chief counsel.

Even though he referred to the map of students created with information provided by MOVA, Schindler now says, "I think I merely represented in general terms that I understood that there were a lot of students who were not being processed." 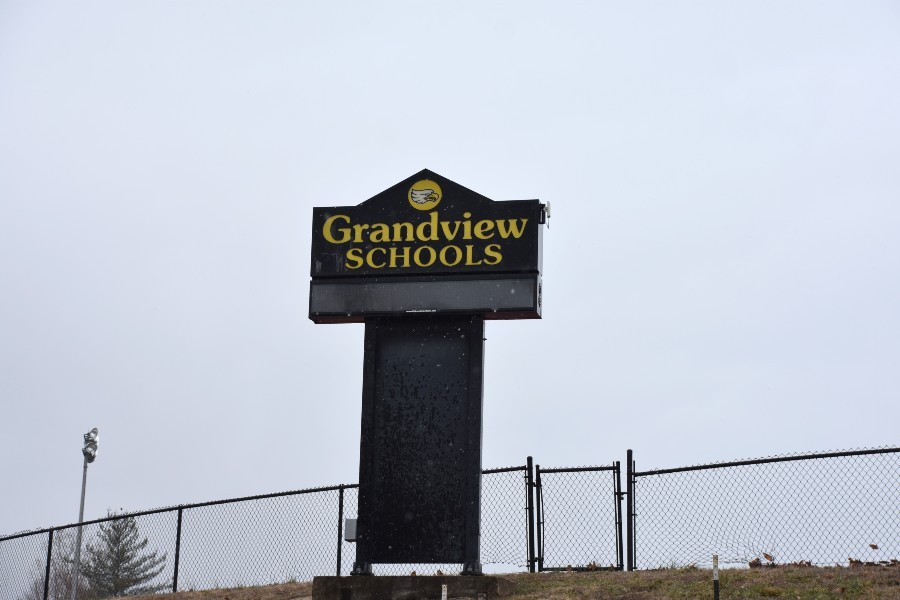 DOYLE MURPHY
Grandview R-2 School District is the home base for an online school that draws students from across the state.

MOVA's principal also produced a separate list of 1,600 students allegedly awaiting district approval, which a Stride employee then distributed to Missouri State Board of Education members, the company admits in a letter responding to DESE's complaint. That had students' dates of birth, phone numbers, parents' names, addresses and information on disabilities, Neale said in a sworn deposition.

Stride's attorney states in a letter to Neale that the spreadsheets did not contain the sort of personal information that would constitute a violation of state law but said the company would contact families whose information had been shared.

Ironically, those reports revealed the holes in Schindler's claims about the terrible abuses committed by districts.

The persons listed in those spreadsheets had only expressed interest in enrolling or had created Stride online accounts "but did not have complete applications," Stride's attorney states in the letter.

When the state's virtual education office followed up with 58 districts that allegedly had the largest number of students awaiting approval, they found that among 750 students, less than 5 percent were still awaiting an enrollment decision, according to a letter from the DESE attorney.

DESE also received 618 form letters through a website called Oneclickpolitics.com requesting that the state waive its approval process for enrollment in virtual education programs because of the COVID-19 pandemic, according to a Missouri State Board of Education meeting agenda. When the state reached out to the senders, "those who did respond indicated that they did not send the email and did not know what it was about," the agenda states.

After Schindler testified in August, Nicholas Elmes, communications manager for CEAM, the group funded by Sinquefield, told the committee that three parents had planned to testify about the problems they encountered when trying to enroll their children in virtual education. None showed up.

One parent woke up in the morning and had a check engine light on in her car, Elmes said. Another had an emergency doctor's appointment. The third had to work. When asked by the Riverfront Times to connect with these parents, Elmes did not respond.

Amidst the allegations that districts and the state are preventing students from enrolling in virtual education, MOVA has still been able to rapidly expand. This school year, during the ongoing pandemic, MOVA had 905 students enrolled as of January, an 81 percent increase over last school year, according to DESE. (DESE does not yet have data on the number of students who passed the virtual courses during the first semester.)

The state growth is part of a national trend. Stride reported revenue of $376.1 million during the second quarter of fiscal year 2021, a 46 percent increase from last year, largely due to an increase in student enrollment.