And so it's on to Detroit.

After a successful trip to Boston, (though the series ended on a bit of a sour note) the Cardinals now travel to the Motor City to take on the Detroit Tigers.

First off, can I just say how ridiculous it is that the Cardinals have now played the Tigers three years in a row, all in Detroit? What the hell is that? It's amazing to me that Majo still, after something like 130 years of history, has yet to come up with a good scheduling method. Or maybe it's not that the method is bad, they just don't have good protocols set in place. Or maybe they're just idiots. Tough to say, really. But seriously, this isn't a geographic rival; this is completely asinine. The Cards are supposed to be playing the AL East this year. So, they go to Boston, have Tampa at home and go to Detroit. Hmm, remember that game on Sesame Street, called ''which one doesn't belong here?'' Can you figure out which of those three series doesn't belong? I knew you could, kids.

Enough of my ranting, though. The Tigers have not been at all what we all thought they would be this year, much like the Cardinals, really. The only difference is that while the Cardinals were widely panned before the season and they've shocked everyone up to this point with their strong play, the Tigers were built to win a championship this year, and they haven't been anything close to that yet. Of course, that last bit comes with a pretty big caveat. In the last few weeks, the Tigers have suddenly looked exactly like what they were supposed to be. Just in time for the Cards to come to town.

Detroit sent a ton of players the Marlins' way, most notably Andrew Miller, a young left-handed pitcher with a little bit of Randy Johnson in him, (including the early-career control issues) and Cameron Maybin, an absolute tool shed of a young man who plays in center field. So far, the trade is tough to really analyze, because the players the Marlins have received have yet to make any major contributions. You can see, however, just what the Tigers got, and it's not really what they had hoped for -- read Detroit's sportswriters.

Cabrera, the true centerpiece of the deal, is playing first base for the Tigers this year. He came over as a third baseman, but, as has long been predicted by many, he just isn't a third baseman. The Tigers have moved Carlos Guillen over to third as of late, after using Brandon Inge there earlier in the year. To me, this is a curious move, as the impetus for moving Guillen from his former shortstop position to first base a couple of years ago was to hopefully keep Guillen healthier and keep his bat in the lineup, a la Albert Pujols. Why they don't just put Cabrera at DH and keep their better defensive players on the field I don't really understand, but I freely admit I haven't followed the Tigers closely enough this year to be exactly sure of the motivation behind all of what they've done.

Surprisingly, Cabrera has struggled with the bat this year. A lifetime .309 hitter coming into this season, he's hit only .275 to this point with 10 home runs. Still decent production, yes, but at a position like first, a player's bat becomes of paramount importance, and that level of production is adequate but nothing special. You have to think that Miggy will come around at some point and start hitting a bit more, but so far he has failed to give the Tigers the offensive anchor they thought they were trading for.

If Cabrera's contributions have so far been a mixed bag, what the Tigers have received out of Willis has been much, much less satisfactory. You want some numbers on Willis? How about a record of 0-1, with an ERA of 10.32? Not ugly enough for you? How about 5 strikeouts and 21(!) walks in only 11.1 innings? That's right, 21 walks in a little over eleven innings. Willis was sent down to the minors a while back, and it's unclear just what he has to do to get the D Train back on the rails.

The Tigers do have plenty of other problems, and plenty of bright spots. The pitching has been quite a sore spot. Jeremy Bonderman, who looked just a couple of years ago to be an emerging ace, struggled early this season before being diagnosed with Thoracic Outlet Syndrome, which is a condition in which the blood flow through the chest and shoulder region is being constricted by a bone or some other sort of obstruction, as near as I can understand it. Bonderman will undergo surgery soon to attempt to correct the condition, and it's unclear when he'll be back on a baseball diamond. 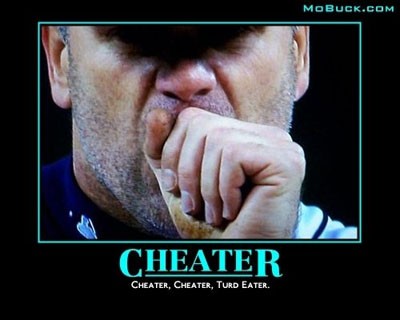 Kenny ''Dirt Clod'' Rogers has continued to pitch pretty well for Detroit this year, but Nate Robertson, the Tigers' other lefty, has pitched to the tune of a 5.60 ERA. The brightest spot for the Tiger rotation this year has Armando Gallaraga, a former Texas Ranger farmhand who has pitcher brilliantly so far, and the recent resurgence of ace Justin Verlander, whom the Cardinals will luckily miss this series.

On the offensive side, the news is mostly good, though not as good as the Tigers had hoped. Curtis Granderson is one of the most exciting young talents in the majors right now, and Magglio Ordonez has continued to produce. Edgar Renteria, the former Cardinal shortstop, has done a nice job manning the position, and Jeff Larish, the Tigers' young 1B/DH prospect has shown promise. For a club that was supposed to be an absolute juggernaut on offense, though, the runs have come in bunches, but not quite the torrents that the analysts predicted.

The bullpen has, to put it mildly, been a disaster. Joel Zumaya, the fire-balling Guitar Hero, began the year on the disabled list with a major shoulder injury, and has only recently returned. Todd Jones, the Tigers' veteran closer, mostly does the job, but when your closer has more saves than strikeouts, (14 vs. 10) he's obviously not blowing anybody away. The rest of the relievers have been terrible, and in fact the 'pen has been the cause of quite a few Tiger losses in 2008.

The story of this team, though, is really The Trade.

General Manager Dave Dombrowski had done a magnificent job of building a base for the Tigers to be contenders for years to come, with a young pitcher by the name of Rick Porcello, (you may have heard of him) on his way to joining an already strong young pitching core in a couple of years. This off-season, Dombrowski gambled most of what they had built to try and win it all this year. So far, it hasn't been what Detroit was hoping, but there's still time to see how it all works out. The Indians have struggled this season, and I think the Chicago White Sox are very vulnerable.

Ultimately, the story of the 2008 Tigers is going to be just what happened with the trade. Was this a case of a GM getting greedy, and overreaching for players that weren't worth what he gave up for them? Or will it be a case of a GM who saw that he had the payroll flexibility and the talent to bring in established, big time talent and put his team right there among the elite in all of baseball? Since you didn't ask, I'll tell you that my personal opinion is that we're seeing the former, but it's still far too early to say exactly what the ramifications of the Tigers' off-season moves will truly be.

Two teams that met in the World Series just two years ago, and have taken very, very different paths since.

The Tigers have gone into full win-now mode, selling off their assets to try and build an unstoppable machine, while the Cardinals have watched their championship team disintegrate due to age, personality conflict and injury.

Strangely enough, even with the teams taking virtually opposite roads to get here, they both find themselves in very much the same situation. Both chasing teams from Chicago, both trying to weather the injuries and the storms to make it back to the promised land.