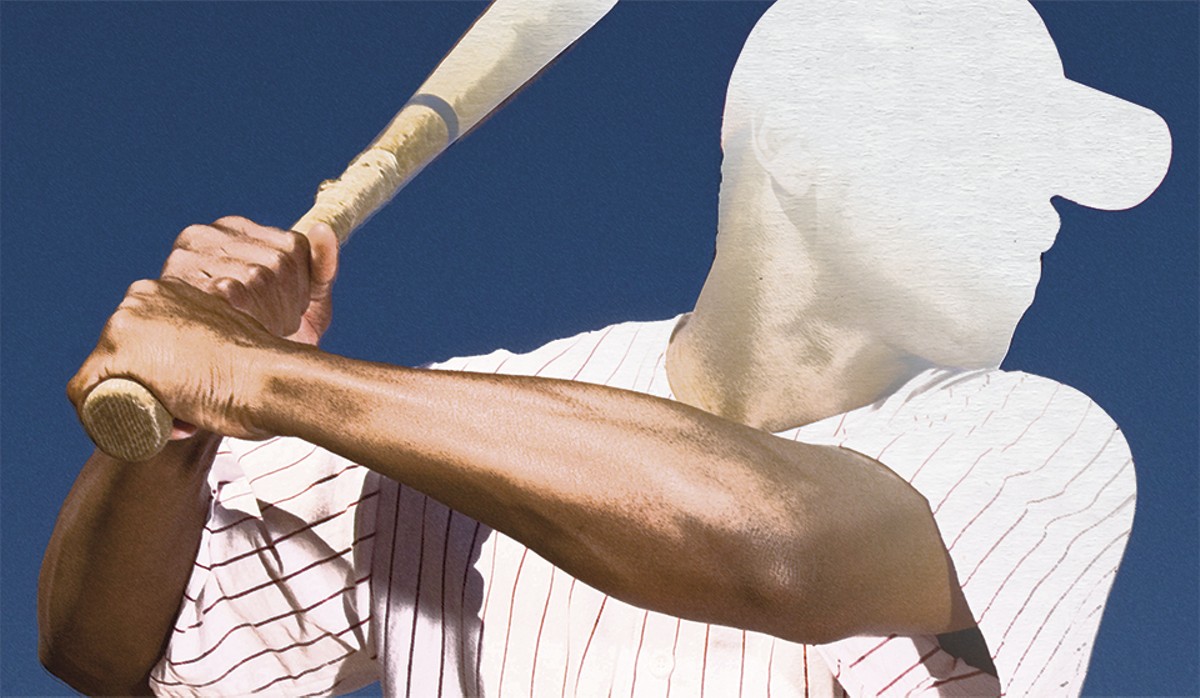 People who care about baseball offer a variety of explanations for why black youth have stopped playing the game.

"I think in the African American community there is this notion that the game isn't as cool, isn't as fast-paced, as immediately gratifying," as some other sports, says Tony Reagins, who is African American and spent four years as general manager of the Los Angeles Angels of Anaheim. He now works as the league's senior vice president for youth programs. "In this age, instant gratification is important. I think our game is a game where there is no clock but that is very strategic."

Others point to the lack of African American stars in the major leagues. There is no LeBron James in baseball.

"You had Kobe Bryant. LeBron James. Dwyane Wade. The NBA did a great job of marketing these players to the urban communities," says Reggie Williams, a retired MLB outfielder who worked as the Redbirds' vice president of community relations.

When I asked Brooks about the drop in Redbird Rookies participation, he mentioned the transient nature of people served by the organization and the financial struggles of its nonprofit and municipal partners in youth baseball. The Cardinals provide all the baseball equipment and have sponsored 23 fields over the last two decades. But the nonprofits or local governments that run the leagues must find paid or unpaid umpires and volunteer coaches, organize games and handle some of the field maintenance.

"Some of the communities that we have ball fields in that host Redbird Rookies are also some of the most challenged communities," says Brooks, who has been with the Cardinals for fifteen years.

"We had a lot of parent participation," says Bev Powell, director of the athletic recreation ministry at the Friendly Temple Church, which is near the field. "The kids seemed to be really engaged in it — and we had boys and girls."

At services on Sundays, she and other volunteers used to find enough kids to field four teams, Powell says. Now the church can only field one team — and that's with kids from other communities. She and others blame coaches of select football and basketball teams that have demanding schedules, which forces kids to focus on one sport at an earlier age.

About five years ago, the Redbird Rookies stopped using the Hamilton Heights field and moved games to the nearby Bob Gibson Field at Sherman Park. The city Parks Department had not mowed the grass or maintained the field well enough, Powell says, and an increasing number of homeless people would throw trash and bottles onto the field.

"It was just an unsafe situation for the children," she says.

The Mathews-Dickey Boys & Girls Club in north St. Louis has also over the last decade had to move games away from nearby fields in Penrose Park and Fairground Park, which are maintained by the city, because of safety concerns.

"There is impulsive shooting — bullets flying all over the place — and our children are not safe," says Tom Sullivan, chief operating officer of Mathews-Dickey, a nonprofit youth center located on North Kingshighway. (The organization received funding from the Cardinals and MLB to renovate its field at Bob Russell Park in Bellefontaine Neighbors. It's now known as Adam Wainwright Field and opened in 2016.)

Like other Redbird Rookies leagues, Mathews-Dickey has seen its number of youth baseball teams decrease — the organization once had 70 teams; now there are about 30 — but it's not because the organization is turning kids away, Sullivan says. In addition to seeing greater interest in football and basketball, he points to a population shift, noting that more than half of its Boys & Girls Club members have moved from the city to north county over the last decade.

That increases the "distance and affordability" of getting to the fields, he says.

Other Redbird Rookies leagues have also not turned kids away, Brooks adds, but some leagues simply closed down their baseball programs. A Police Athletic League, in which city police officers volunteered, shifted from baseball to track and field, in part because an officer who had been involved with the baseball program was killed. The organizer of a league in Wellston has moved on this off-season, Brooks says, although participants can still play in a league in Pagedale. And other leagues in north city simply no longer exist.

"In some cases it makes it harder for them to participate; in some cases, as they get older, they may select other sports," Brooks says. "It's a combination of things; there is no one factor."

Despite the decline in numbers, there have been success stories. Joshua Jones, 25, grew up in Ferguson and played three years in Redbird Rookies. He received a $4,000 scholarship from Cardinals Care and attended Depauw University. He now works as a therapist at a transitional living program for males ages sixteen to twenty.

"I think the way that it builds community and the familial bond with people who have the same issues and concerns and experiences — I think that goes a long way," he says.

Riana Roberts, 21, also received a scholarship from Cardinals Care after playing in the Redbird Rookies league in Normandy for three years.

"It taught me a lot about teamwork," says Roberts, who now studies chemistry at Jackson State University in Mississippi. "And also sometimes we would play with guys, and I used to be kind of intimidated because of the stereotype that guys can do more than girls, and it kind of helped me build character and realize I can do just as much as a guy can."