The Most Dangerous City in Missouri Is ... Branson? 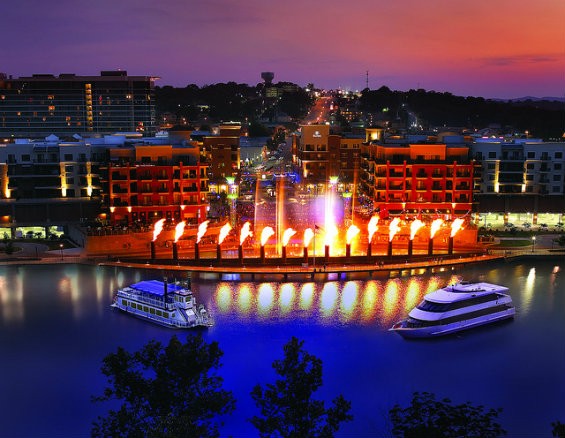 In fact, it's not anywhere north of Delmar.

Instead, the most dangerous city in Missouri, a new study claims, is actually Branson.

Yep, that's right, the city that Homer Simpson once described as "Las Vegas as if it were run by Ned Flanders" has us beat when it comes to crime.

That's the conclusion of a new study from a website called HomeSnacks, which crunched three years of FBI data for every city in Missouri with more than 1,000 people living in it. They weighted the most recent year of data available, 2013, since "more recent crimes are a bigger determining factor in how dangerous a place is."

That left Branson with the dubious honor of No. 1. Springfield, Missouri, is No. 2. Doniphan, which is near the Arkansas state line, took No. 3.

St. Louis? We're a distant No. 4. And Ferguson didn't even rank: The suburb that earned so many bad headlines in the last year finished 45th.

It's worth noting that Wellston, that unfortunate St. Louis suburb, took No. 1 for violent crime. The study found that "one in 26 residents was the victim of a rape, attack or was killed just two years ago. And that's even lower than it was the year before, when it was double that." No. 2 for violent crime was Sikeston, a tiny town near the Arkansas border.

Naturally, we're going to take all these statistics with a grain of salt. (We've been on the wrong end of these types of studies often enough to be skeptical!) Just because a city had more crime fall into the 2013 calendar year doesn't mean it's necessarily a dangerous place. And if you've got a population of 1,001 residents, it's obviously not going to be difficult to get to a high crime rate with just one violent citizen running amok.

Still, this makes for a nice retort next time some local hick says he's afraid to drive into big bad St. Louis for a Cardinals game. Really, old man? The place that's safer than Branson?