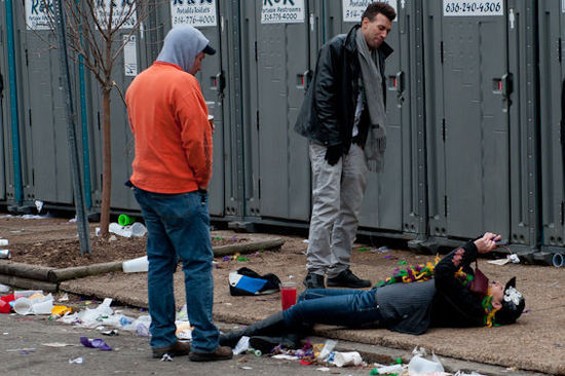 A University of Missouri research study on "types of drunks" has been blowing up the Internet for the past few days, generating snarky dispatches in Time, New York Magazine, Jezebel, Huffington Post and a host of others, including international outlets. Basically, it's viral clickbait heaven.

The study, according to researchers, used a version of the Myers-Briggs personality test to separate drunks into four categories. There's the "Ernest Hemingway," who appears barely affected by even heavy boozing; the Mary Poppins, who becomes more cheerful and helpful with every shot; the Nutty Professor, a quiet, introverted friend whose inhibitions disappear after a few daiquiris; and Mr. Hyde, the aggressive asshole whose intoxication usually ends with property damage and a stint in the county jail.

But we're calling shenanigans on this science stuff. Identifying drunks is a gut feeling, one derived from extensive field work. You have to take things like geography, sports fandom and socioeconomic status into account, not some egghead's psychological surveys.

What we need is an unscientific breakdown of St. Louis drunks, a study based on nothing more than subjective drinking experience and stereotypes. This is that study.

County Drunks
They come to the city during the day, maybe for Mardi Gras or Rib Fest or a Fun Run — but then, several aluminum bottles later, night falls, and they're convinced they are going to die. The latest homicide figures ricochet around their skulls like stray bullets. In a self-righteous panic, they try to corner some of these urban savages, to stare them in the eye and confront them with the truth. "This is what happens, " they shout at a homeless man, "when you let Democrats run the show!" They fishtail back out across the city limits with a hard buzz, thanking God they escaped that murder-tropolis with their limbs intact.
Known to Frequent: Wash Ave, Soulard
Drink of choice: Bud Light in an aluminum bottle.

Cardinals Drunks
They love St. Louis so much. But then they drink three sad, sweating cups of piss beer at the stadium and they have thoughts. They think of the $63 beer tab. And Matt Carpenter's slump. And downtown traffic. Suddenly, they detest everything about St. Louis. Actually, they want to feel the heat hissing off the Gateway Arch as it melts into the Mississippi. But wait. No. Cardinals Nation doesn't give up — remember Game 6? Cardinals Nation guzzles another BL, throws their arm around the nearest red jersey, and burp-talks into a stranger's armpit: "Best fans in the league, best team in the world... ."
Known to frequent: Paddy O's, J. Buck's
Drink of choice: Overpriced Bud Light. 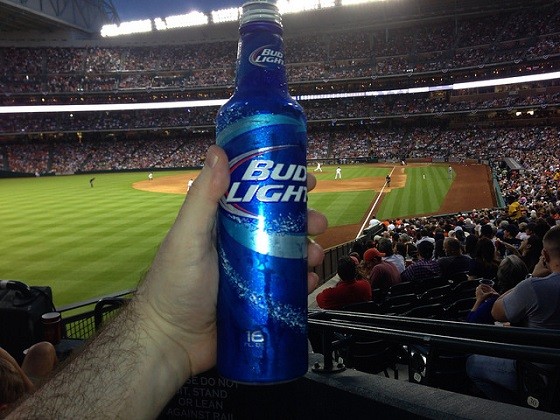 Image via
I am Cardinals-Nation Drunk!

Professional Drunk
This one is in it for the long haul; no jackrabbiting and passing out by 9 p.m. Most commonly spotted in south city nursing a hand-warmed pint glass or a boilermaker. For this drunk, it comes down to cost — there's no reason to pay $4 per beer when they can find a place that serves drafts for $1 or $2.
Known to frequent: Barney's, the Melrose, the Hilltop Bar, Silverleaf Tavern
Drink of choice: Natty Light, or rail booze

Blues Drunks
Brash, chatty, they work a blue-collar job and wear their loyalty on their sleeve — as if their enthusiasm can hide the emotional callouses of endless disappointment. Their hatred is directed inwardly, at their dumb support for this dumb team with their dumb plays. Yet, at the bottom of the bottle, they feel a glimmer of Stanley Cup hope. Yes. Yes it's still possible! Time to post some of these thoughts online. Oshie!
Known to frequent: OB Clark's; The Post Sports Bar & Grill
Drink of choice: Brown liquor or Busch.

Clayton Drunks
They're loud and gorgeous and kind of loathed the moment they enter the bar. They and their posse of awful friends spend copious sums on designer accessories, sedans and phones, then spill more than they drink, tip well, but are rude to wait staff.
Known to frequent: Bar Napoli, then Wash Ave
Drink at the start of the night: Wine — ordered by the varietal, as if that's meaningful
Drink in the middle of the night: Bottle service. Vodka? Tequila? "What's gonna make me think this conversation is interesting? That's what I'll have. Make it a double."
Drink at the end of the night: Bloody Mary, because it's actually morning.

Industry Drunks
These seasoned substance-abusers know all the bartenders and throw down money like football players. They smoke outside even when it's really cold, gossipping about...other industry folks. Seen on the scene only on Sundays and Mondays.
Known to frequent: Sandrina's, the East Side
Drink of choice: Fernet, small-batch spirits, local microbrews, Schlitz

Transplant Drunks
All it takes is the words "high school" to send them racing to the liquor store. Once sloshed, they fight the urge to throw glasses at the native-born St. Louisans as they perform their inane bonding ritual. Did these people somehow forget that high school was the worst?
Known to frequent: Bars that have no emotional significance to them (i.e., all the bars)
Drink of choice: Whiskey, and keep 'em coming.

Rams Drunks
There are no Rams drunks, because there are no Rams fans. There is only the circumstantial co-existence of drunk humans and the Edward Jones Dome. Known to frequent: Not applicable
Drink of choice: Bud Light, warm.

Of course, there are other drunk species out there that deserve recognition, and we can't claim exclusive rights to cataloging St. Louis' population of inebriates. Do you have more "research" to add? Let us know in the comment section. Cheers!

We welcome tips and feedback. Contact us at [email protected]