The Red Wings are Coming! Tonight and the Blues' Playoff Hopes

Send a News Tip
Tonight, at the Scottrade Center, the Blues may very well decide the fate of Keith Tkachuk. They win, he stays. They lose, he goes.
Okay, okay, fine. So maybe it isn't nearly that cut-and-dry. Look, "Tonight, at the Scottrade Center, the Blues will add yet one more point of consideration to an already complex situation regarding Keith Tkachuk," just isn't that good of a lead-in, alright?

But when it comes right down to it, a significant chunk of the Blues' future this season may come down to tonight's game. 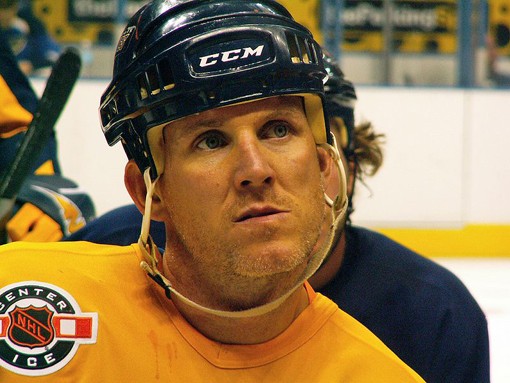 In the last 20 games, the Blues have the second-best record in the NHL. Through those games, they are 12-3-5, and have succeeded in climbing firmly into the playoff picture in the Western Conference.

They find themselves just three points behind both Anaheim and Edmonton for the eighth-and-final playoff spot. Three tiny little points, and 20 games left in which to try and make them up. If ever a team has had their destiny right in front of them, it is the St. Louis Blues.

While there are a few teams ahead of the Blues which could throw them out of the playoffs, the only team really in position to beat the Blues at this point is likely the Blues. And they very well may. But somehow, I don't think that's going to be the way this thing plays out.
First, though, the Blues have to decide if they're in or out. And that may be the toughest thing of all.
Team President John Davidson has a responsibility to the Blues, both present and future. If there's a deal to be made that makes so much sense in the long term that he simply can't let it go by, then JD has an obligation to do what's best. He can't live only in the present the way that the players and head coach Andy Murray can.

If Davidson holds onto Tkachuk now, that's a potential advantage he's lost in the future. On the other hand, with the position the team has put itself in, can he really afford not to let them take their shot this season?
This is a young, incredibly talented team that has climbed right into the thick of things through sheer determination. They've shot themselves in the collective foot plenty of times, sure, but have still managed to get here, so close to success. Trading Tkachuk would likely signal the end of that.

Sure, JD might not couch it that way, and the players might say all the right things about just handling their business the way they did before and all that, but let's face facts. Moving Keith Tkachuk right now would be weakening the team at exactly the moment that they need a little boost to keep winning. If Tkachuk goes, it's a signal to the fans, and to the players, that the Blues aren't really a contender this season; they're close, yes, but ultimately, the boys upstairs just don't think they're quite good enough.
I trust Davidson to make the right decision here, regardless of the outcome of the game against Detroit tonight. He's done an outstanding job of building the nucleus of a dynamite young club already.

Even the slightest bit of luck, the Blues would likely already be a playoff team. You add a healthy Erik Johnson and Paul Kariya or Andy McDonald for the whole season, and we aren't talking about three points that need to be made up. This is a team with a remarkably bright future. I'll say it again: I fully trust John Davidson.
Don't yank the rug out from under this team's feet. Just let the men play.