The Tigers Get Two Big Wins...Sort Of

Send a News Tip
On a day when they narrowly escaped with a tight and oftentimes frustrating win over Bucknell by the score of 66-64, the Missouri Tigers got another big bump in their own personal standings, by dint of some brilliant Big Ten play and the flat-out byzantine machinations that is the college basketball ranking system.
I'll have a full write-up on the Tigers' victory over the Bison tomorrow morning; for now I'll just send a shout-out to that bastion of basketball brilliance up Champaign way, as the Fighting Illini did their part to boost the Mizzou cause by scoring a victory over Ohio State. 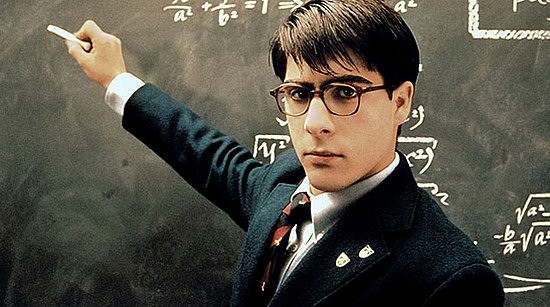 Pictured: the mathematics of college basketball.
Illinois, by beating the Buckeyes Saturday -- and handily, too, I might add; the final was 74-55 -- rebounded from a tough loss in their conference opener to Purdue, and by the mysterious transitive properties of NCAA basketball, gave the Tigers a helping hand.
Sure, it's not quite as good as actually beating a top ten opponent with your own two hands (so to speak), but it's certainly helpful all the same. Illinois beating Ohio State just handed a big bump to the strength of schedule for every other team they played; the teams that actually beat them -- of which there are only two -- should receive an even bigger benefit.
It should be interesting to see how the rankings shake out; coming into this past week the Illini were ranked eleventh in the nation, one spot higher than the Tigers. Illinois went 1-1, while Missouri played for the first time since losing a heartbreaker against UCLA. The Illini lost to one top fifteen team and beat one top ten team; Mizzou beat an unranked (though probably unfairly unranked, to be honest), Bucknell team. You would likely expect the Tigers to jump up a couple spots, while Illinois will probably drop a bit in the rankings due to the loss.
Of course, the really fascinating thing is that, by beating Ohio State, Illinois made Missouri's schedule better, thus helping them leapfrog Illinois. I think.
Ah, the wonders and mystery of college athletics...