The U. City Meat Thief: Should We Loathe Him or Pity Him? 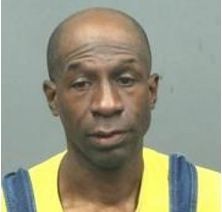 Donald F. Harrison, busted for stealing meat - again!
Here's all we know, from the quick Post-Dispatch piece that ran Saturday:

Donald Harrison, a 49-year-old from University City, was in Pete's Shur Save at 7434 Olive Boulevard (also in U. City) back in September.

An employee caught him with trying to steal two packages of porterhouse steaks. He'd concealed them in his pants.

He was charged with felony stealing on November 9.

He'd recently served a year in jail for stealing meat from another local grocery store.

That's all we know about this guy at this point.

An interesting little debate has broken out in the comment section under the article. Some people are prepared to believe -- with only the above facts available -- that he's stealing out of necessity, to survive.

But others believe his choice of loot -- porterhouse steaks -- suggests he wasn't in survival mode. He was in "I-want-something-for-free" mode. Had he truly been hungry, the thinking goes, he would've chosen peanut butter (ostensibly because peanut butter = more bang for your buck).

Daily RFT will remain agnostic on this until more facts come to light through the criminal process.