The Weird and Wonderful World of Gravois 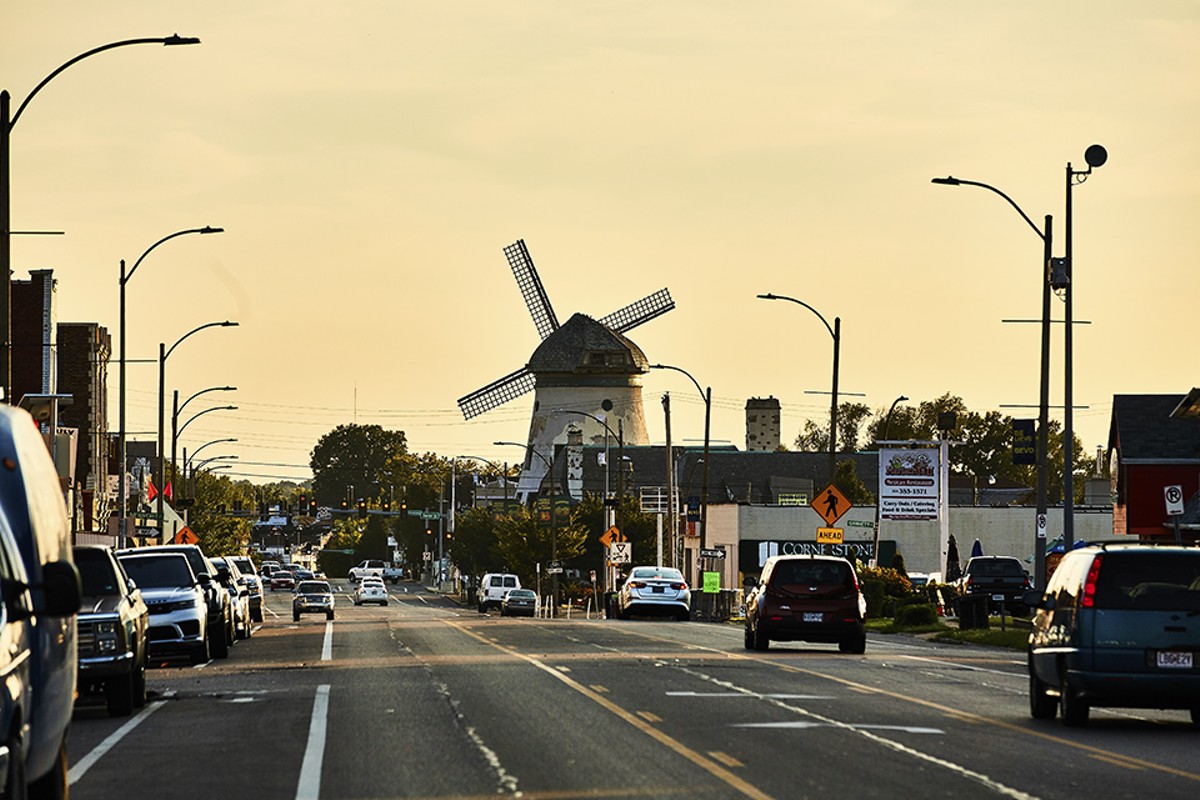 Anything is possible on the king of south St. Louis roads. THEO WELLING

Situated on a little hill at the corner of Gravois and Gustine avenues, the aquatics shop is possibly a bit less stocked than it was 40 years ago, when every house seemed to have a fish tank, or two. But the business's layout remains the same, with rows of tanks aligned to different options; saltwater fish in one zone, cichlids in another, community tropicals in the rest. Here, patrons walk past countless tanks, slowly crouching and peering and gazing for a few seconds before moving on to the next, in search of popular faves and exotics. Often, they step past an employee engaged in what is a daily job at Aqua World, draining and refreshing water in the dozens of tanks, with the shop uniquely set up to allow for the maximum amount of showroom, organized both horizontally and vertically.

THEO WELLING
Aqua World has operated for more than 50 years at Gravois and Gustine avenues.

Like other businesses of a certain, specific sort, Aqua World has held on despite chain stores coming into the equation over the decades. When the Schneiderhahn family began the business more than 50 years ago, a lot of neighborhoods had pet shops. Eventually, a second location of their business would crop up on Manchester in deep west St. Louis County, but even then the city location remained.

You could look at a shop like this and think that it could exist in a variety of settings within the city of St. Louis, and maybe you'd be right. Probably not, though; Gravois is unique. It's a place where businesses can set up shop and last a few months, selling wares that seem impossibly specific. Others hang around for decades.

From the beginning of Gravois near downtown to the street's crossing of the city/county border just west of River Des Peres, Gravois offers arguably the quirkiest blend of businesses in the entire metro area. Nowhere else can you find a timepiece bar like Tim's Chrome Lounge in the same strip of buildings as the Miniature Museum. Used car lots inhabit tiny tracts of real estate. Head shops are found in abundance, and you'll never want for CBD if traveling Gravois. It's a road that, in the city alone, offers a chance to drink strong Albanian coffee, buy a new bike or enjoy tacos of every flavor. It's a place where hundreds of St. Louisans have invested in their dreams. Some of these entrepreneurs have made said dreams work here, others have lost the proverbial farm. But there're always more storefronts to fill, more opportunities.

Among the businesses that have made it, quite a few exist in the heart of the city's Gravois, near Bevo Mill. Among that number is the Heavy Anchor, which was enjoying a lively Friday afternoon happy hour recently ...

THEO WELLING
Jodie and Joshua Timbrook have created a home for comedy and live music in their bar, the Heavy Anchor.

Jodie Timbrook, when standing near the big front windows of her bar and venue, the Heavy Anchor, can look out onto Gravois with visuals of the street's past, present and future all coming together. (RIP, Rockhound Supplies.) Within the time that she and her husband, Joshua Timbrook, have owned the venue, the street outside has transitioned from a four-lane road to half that, with bike lanes, a turn lane and, theoretically, a bit of traffic quieting coming along with the new striping.

"I like it," she says of the overall effects, noting that "it's become a lot more pedestrian friendly."

Though as with any sort of change, "there were some people who didn't like it." Those folks are going to be in for more gripes, as the road experiments with new curb cuts, crosswalks and other traffic amenities that are meant to settle things down a bit. Those efforts are decades in the making for business owners who, at nighttime, see cars traveling their road at interstate speeds.

In a society built for speed, cars move fast on Gravois and, when doing so, the drivers and passengers are speeding along the street that, in many respects, is St. Louis' ultimate melting pot. And, with dozens of examples to prove the point, it's also the ultimate incubator. Retail businesses, service providers, bars and restaurants, things you can't even quite ID from the street — all kinds of commerce takes place on this road. Sometimes, the businesses stick around for years; other times, the dreams of owners die hard and fast. A few change as they need to.

The Heavy Anchor is an example. When the Timbrooks decided to become club owners, they took over a space called Antarctica, which had booked music, but irregularly. With their ownership, the bar became a six-days-a-week operation, with a vibe that differed wildly from some of the nearby smoking-and-billiards rooms. For years, music was the predominant form of booking, but the venue is now well known for being a home for independent comedy, including standup, sketch and variety shows. And, over time, the neighborhood imprint has come into play as the Anchor hosts things like a low-key farmers market, clothing swaps and the occasional aldermanic election watch party. As the business has changed, the Timbrooks have adapted to their own new role in the area, including a civic component they likely wouldn't have anticipated at the start.

Jodie Timbrook, for example, has become heavily involved in the Bevo Community Improvement District, or CID, which is attempting to stimulate some positive economic impact between Taft Avenue on the northeast and Christy Boulevard on the southwest. Traffic calming is part of those efforts, but only part. There has been a recent grant from the Great Streets program, allowing for a half-million dollars to be spent, largely, on planning for next steps which could launch a number of different elements to knit together that particular zone, eventually expanding it north on Morganford.

Even without certain forms of direct city support, they've made things work at the Anchor, creating a fun, unpretentious environment. That could be said about the blocks that surround their place, too. In fact, just across the street there's a place called the Bistro ...