Think Opening Day Should Be a National Holiday? White House Says It's Up to Congress 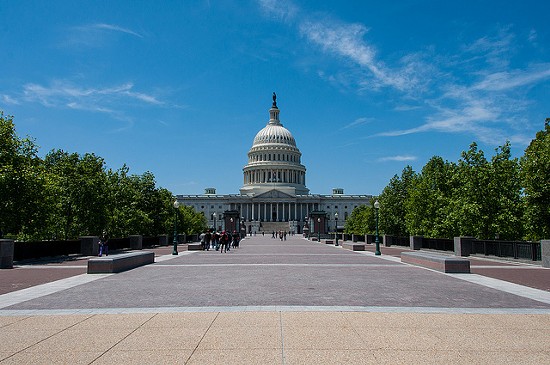 Mark Fischer on flickr
The White House officially responded to a petition to make Opening Day a holiday by passing the buck to Congress.

More than 102,000 people signed the petition asking President Barack Obama to make the opening day of the MLB season a federal holiday.

But the White House says if its an official holiday baseball fans want, they'll have to take their quest to Congress.

See also: 9 Reasons Why Opening Day Should Be a National Holiday

"While we are sympathetic to your pitch to make Opening Day a national holiday, it's a little outside our strike zone," says Josh Earnest, principal deputy press secretary at the White House. "Creating permanent federal holidays is traditionally the purview of Congress. So it's up to the men and women on Capitol Hill to decide whether to swing at this pitch."

Earnest adds that he knows where he'll spend Opening Day.

"I'll spend that day visualizing what it would be like to welcome my 2014 World Series Champion Kansas City Royals to the White house," Earnest says. "That is, after all, the best part of Opening Day; every team is tied for first place and poised to make a run at the Fall Classic."

As for Obama, he'll spend the day cheering his Chicago White Sox. The next day, he meets the 2013 World Series champions, the Boston Red Sox, at the White House.

"Opening Day signals a new beginning, not only for the 30 Major League Baseball teams playing for their shot at a title, but for the millions of fans who will follow the 162-game journey -- from 'Play ball!' through the last out," Earnest says.

Opening Day already feels like an official holiday in a baseball town like St. Louis, especially when the opening game is at home. Maybe that's why two Lou institutions, former Cardinals shortstop Ozzie Smith and Anheuser-Busch, paired up to lead the charge to make Opening Day an official, federal holiday.