This is Why You Don't Become Pen Pals with a Jail Babe, Invite Her Over for a Sleepover, and Show Her Your Valuable Coin Collection 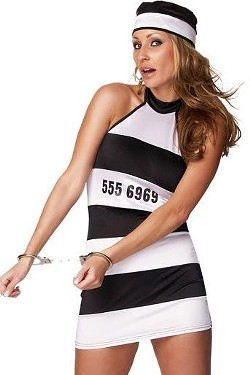 www.zoogstercostumes.com
There's a man in Fenton, Missouri, this week who's reconsidering his romance with a female prisoner.

According to a police incident report obtained by Daily RFT, the unidentified man struck up a pen-pal relationship with a Michigan convict last year. The woman was recently released from prison, and last week paid a visit to her pen pal here in Missouri.

The Fenton man picked her up at Lambert Airport last Friday, drove her back to his apartment and yada yada. The next morning he awakes, takes a shower, notices his valuable box of coins isn't where it's supposed to be. But, hey, no big deal, right?

The next thing he knows, the pen pal gets a phone call. She has to leave immediately. She claims there's a family emergency. Her son has been shot!

The Fenton dupe dude drives her to the airport, returns to his apartment and finds his coin box missing $10,000 worth of valuables.

Question is, was she worth it?

View the (redacted) police report after the jump...