This "Pants on the Ground" T-Shirt Should Complete Your Outfit

Every year the best part of American Idol is the early episodes where people fresh off the street -- a.k.a. "street people" -- audition before the Idol judges. Their laughably awful songs are what we remember long after the seasons are over and a new "idol" is crowned. For example, you probably know William Hung, but do you remember who won that season?

This season's front-runner for awkward audition of the year has to be this gent:

Now, as you'd expect, a few shrewd entrepreneurs have sprung up to sell T-shirts depicting a message that's near-and-dear to the heart of one St. Louis-based entrepreneur: Thomasina Clarke, creator of Bagg'ns. ("Tired of Seeing Underwear, Mother Launches Clothing Line to Let People "Sag" with Dignity.")

Her line of jeans with two waist-bands (one real, one faux) should go smartly with the shirt below: 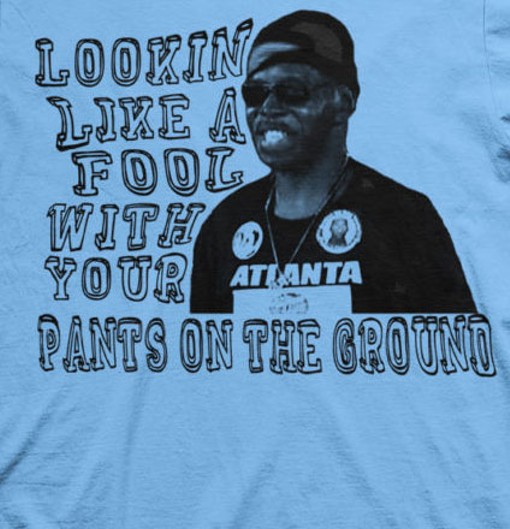 "Lookin' like a fool with your pants on the ground."

The shirt above (now online for sale in several places) and the Bagg'ns below. 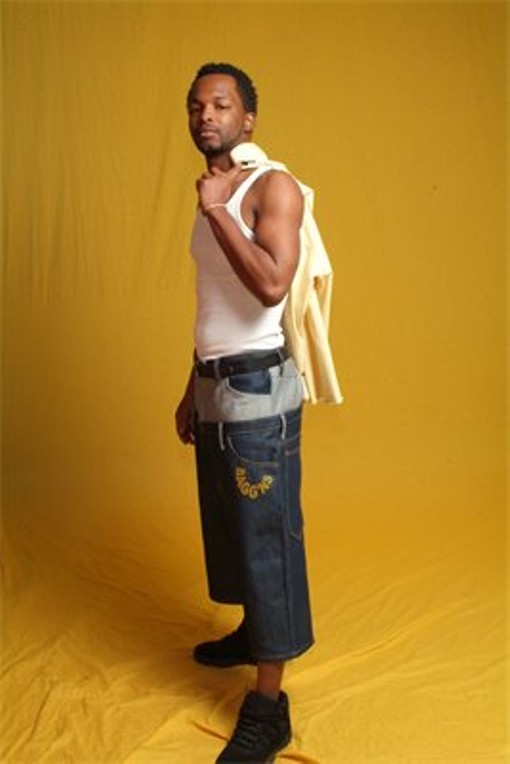 Bagg'ns allow the wearer to "sag with dignity."
Sag on, without fear of repercussion.