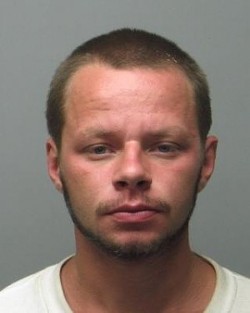 Thomas Gilley III: Remember, only you can prevent motel fires.
Thomas C. Gilley III, admitted to police that he was at the Arch Budget Motel (3717 Veterans Memorial Parkway, St. Charles) on the afternoon of Tuesday, May 29. He also admitted to police that he helped himself to some scrap metal that was just laying around because he needed the money.

But what about the fire that damaged part of the motel?

Police believe that's also Gilley's fault. The pipe Gilley admitted to taking was actually a live gas line in a storage room, and Gilley was smoking while he removed it ... do you see where this is going? You do? Good, you're smarter than a scrap metal thief.

Gilley fled before police arrived, and fortunately nobody was injured in the blaze. He's been charged with burglary, and arson charges could be pending; Gilley was arrested by State Fire Marshalls.