Tigers at Cardinals: Anatomy of a Beatdown

Sunday night, the Cardinals played the Cleveland Indians on ESPN and were dominated. Not just beaten, but absolutely humiliated by the sinister wizardry of one Clifford Lee. Last night, that same Cardinal squad blew Justin Verlander right off the field, with five runs in a mere four innings. I think it's fair to ask the question: just what was so different?
Well, first off, and I cannot stress this enough: Justin Verlander isn't left-handed, and that seems to make an awful lot of difference to the Cards' chances. But that can't possibly be the only reason, so what else is there?
The answer, quite honestly, is very simple. The Cardinals finally did what they should have been doing all along last night: they stopped hacking. Against Lee, Cardinal hitters swung early, swung often, and kept right on swinging all the way back to the dugout.
In the second inning of Sunday night's game, Cardinal hitters saw exactly four pitches. Yadier Molina grounded out on the first pitch. Colby Rasmus flew out on the first pitch. And Tyler Greene, doing his very best to ensure that Chris Carpenter had a few moments to rest, bunted back to the pitcher on the second pitch. In the third, Lee threw twelve pitches, but only because Brendan Ryan battled him for seven. In the following innings, Nick Stavinoha made an out on the first pitch, as did Skip Schumaker. Molina grounded out on two pitches. Brendan Ryan did the same. In the seventh inning, the game still well within reach if they could just get Lee out of the game, the Cardinals failed miserably. Albert led off the inning and fouled out to Shin Soo Choo, but at least worked four pitches out of it. Ryan Ludwick grounded out on the first offering he saw. Nick Stavinoha then only saw two pitches as he grounded out to end the inning.
click to enlarge 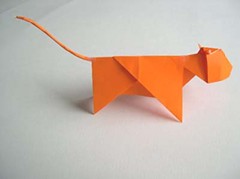 Compare that to last night's game. In the first inning alone, the Cards saw 33 pitches, and they didn't let up from there. In the second, they only saw thirteen, which isn't a very good total, but still over three times as many as in the second inning of Sunday's fiasco.
In the third inning, the Cardinals only saw ten pitches, but to be fair, it was the very bottom of the order up, and the shortness of the inning really had more to do with the awful baserunning than the awful pitch selection. In the fourth, the Cards forced Verlander to throw sixteen pitches while scoring another run off of the Tigers' ace, and that was it for him.
The difference in Sunday night's loss and Tuesday night's win was pitch selection, no more and no less. Against Lee, the Cardinals went up just hacking away at the first thing they saw. Against Verlander, the Cards waited him out, fouling off pitches they couldn't handle, and hitting what they could.
Will the lesson stick with the Cardinal hitters, not to mention the coaching staff? Who knows. But to anyone who was paying even the slightest bit of attention, the lesson should have been obvious. If this team wants to get back to scoring anywhere near the way they did in April, they're going to have to go back to approaching at-bats the way they did in April.