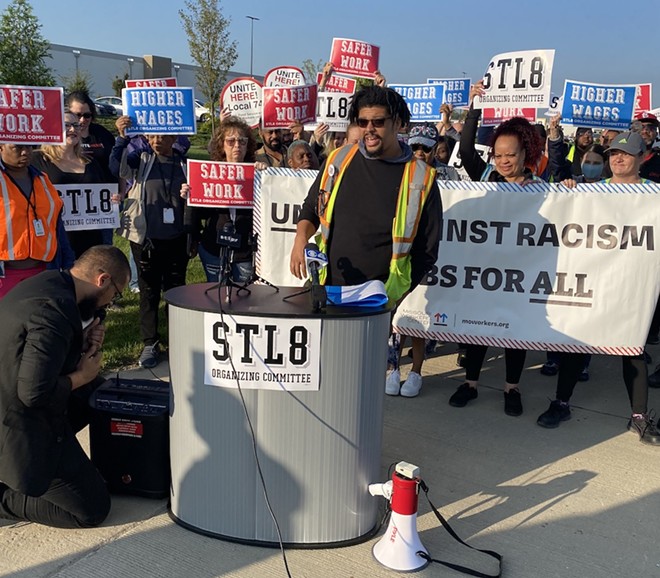 Every hour, Jennifer Crane must hit a quota. As an outbound packer at STL8 Amazon Fulfillment Center in St. Peters, she has to build, pack and label 70 boxes an hour. It amounts to 3,000 packed boxes per week.

If not, she gets written up.

Crane says she leaves her job hurting and exhausted — and without much pay. Starting wage is $16.50 an hour. Crane, who has worked at Amazon for a year and a half, is a single mother with seven kids.

“It takes everything for the three of us to be able to afford the house we live in,” says Crane.

This is why on Black Friday, the biggest American shopping day of the year, Crane won’t be standing in front of a conveyer belt packing bags. Crane will be on strike, along with coworkers at the STL8 Amazon Fulfillment Center — the 900,000-square-foot facility that employs over 3,000 workers.

Some employees plan to walk out on Friday at 2 p.m. and will not return to work until Saturday morning.

The one-day strike is part of the worldwide campaign “Make Amazon Pay,” in which Amazon employees will walk out in protest of working conditions. The goal is to bring more public attention to the issues at Amazon.

“We deserve better because Amazon is a [billion dollar] profit company and they can do better for their employees as far as pay and everything,” says Crane, who is also a member of the STL8 organizing committee. “They can make that place a whole lot better. They want to be the world's best employer, but they're far from it.”

Workers say they hope to earn a $10 wage increase. But they also hope to gain better working conditions. They are constantly monitored and written up for minor infractions, such as not hitting the 70-package hourly quote. Crane says the “repetitive work” leads to “injuries, constantly.”

“[We want] less stress on the body,” Crane says. “… The rate that they want us to work at is not meant for the normal body.”

Amazon has not responded to a request for comment at the time of publication.

When workers strike Friday, it will mark the second walk-out this year at the St. Peters Amazon. In September, nearly 30 employees left work and held a press conference outside of the facility. About 350 staffers also signed a petition in support of higher pay and better worker safety. Crane says they haven’t heard anything from Amazon since. 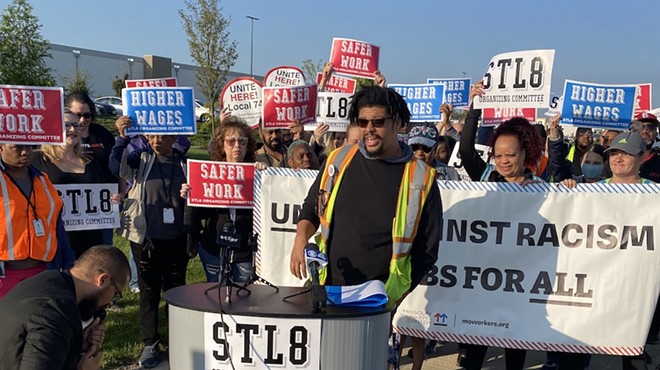 
The Amazon workers purposefully scheduled the strike during the holiday season –– the busiest time of the year. Employees are forced to work overtime and cannot take vacations during this time.

“We just want the public to realize,” Crane says, “that there's a cost to their two-day delivery.”

Crane doesn’t know what will come after Friday. But she didn’t rule out another strike if their requests aren’t met.

“We feel [one day is] just enough to get their attention right now,” she says, “and we can always escalate to a bigger and longer strike later if need be.”