Send a News Tip
I consider myself a fairly measured individual, even when I'm being critical. I think that I'm generally pretty level-headed.
That being said, I am so sick and tired of Tony La Russa and his god-damned bullpen that I occasionally fear that I might actually lose my mind and hurt myself. Seriously.
For most of the season, the Cardinals have carried a thirteen-man bullpen, which is one of the most ridiculously self-indulgent things I've ever seen in my life to begin with. The thirteen-man bullpen is why we see pitchers pinch-hitting, not in extremis, but simply as a matter of course many nights. It's the reason that the outfield contained only one right-handed hitter for most of the season, until Swingin' Dick's kamikaze act forced the Cards to bring up another position player. Let me just put it out there: a twelve man bullpen is one too many for my tastes; thirteen pitchers on a regular season roster is just flat out asinine.
click to enlarge 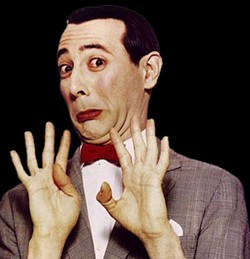 Others may call him the Mozart of Overmanaging; I prefer to think of Tony La Russa a bit more like this.
But as bad as the simple fact of carrying such a ridiculously oversized bullpen is, it's nothing compared to the bullshit way that we've seen said bullpen handled.
In last night's game, Todd Wellemeyer sucked out loud. The Cardinals were down by six runs by the time he left, and that was only in the fifth inning. When a starter fails to make it through even the minimum number of innings required to qualify for a win, and leaves down by six runs, there's a man in the bullpen whose job it is to come in to a situation like that. They call him the long man. Like so many other job titles in baseball, long reliever is exactly what it sounds like: when you need a reliever for a long period of time, he's the guy. Pretty simple, no?
Not in a Tony La Russa bullpen. With the Cards down by six, in the fifth inning, he brought in Blaine Boyer. Now, I'm a little torn on this one, as I actually think that Boyer is better suited for pitching multiple innings than he is short work. Nonetheless, since coming to the Cardinals, Boyer has been used for higher leverage work. So what is he doing pitching in the fifth inning of a rout? Just wait, it gets better.
After Boyer managed to secure the last out of the fifth, I was thinking to myself, "Maybe this will be okay, you know? Maybe Tony just wants to see how Boyer handles himself in a multiple inning role." And I had just about convinced myself, when suddenly-
In comes Trever Miller to pitch the sixth.
So wait. In a six run game, you went to a short reliever to get the last out of the fifth inning, then used a lefty specialist to pitch the sixth inning?! You have got to be kidding me.
I'm just going to put this right out there, in as plain a language as I can make it: why in the hell is Brad Thompson on this roster again?
Oh, wait, that's right. To pitch the seventh and eighth innings. After using up two of his short relievers, Tony then put in WonderBrad Thompson to finish things out. Now, I suppose one could make the argument that La Russa was just trying to win the game, thinking that if he could just keep the game close, the Cardinals might manage to chip away at that lead, and then when they didn't, in goes Thompson.
Stick Thompson in there, and let him take it on home. If a comeback seems to be in the cards, you can always pinch hit for him and use someone else. If not, he finishes out the game, and you don't have to worry about only having one of your precious lefties available for Wednesday night's game because you used the other for a meaningless inning Tuesday.