Torry Holt Pulls A Brett Favre Versus The Rams 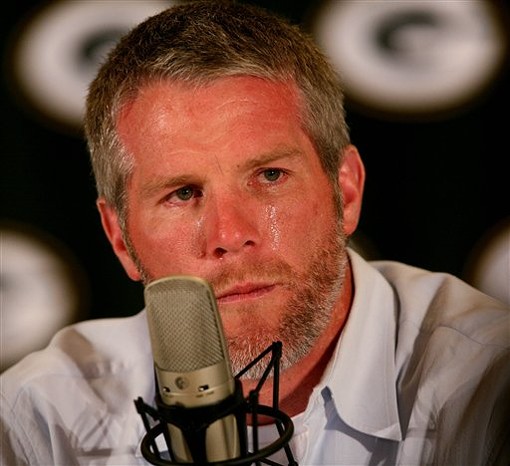 sportscrzy.wordpress.com/2009/07/
Torry Holt did everything but cry when the Jags beat his Rams on Sunday
Finally: a real football game from the Rams. The offense moved the ball, the defense came up big (Leonard Little leaping into the end zone like superman? More of that please), and St. Louis was a coin flip away from its first win in 16 games.

The story of this match-up, though, was not a near end to the Rams ineptitude. No, it was Rams legend Torry Holt torching his former team for 101 receiving yards and loving every minute of it.

In the era of free agency it's not usually a big deal when a player matches up against his old squad. Unless, of course, that player happens to be a future Hall-of-Famer who played his entire career in one place before switching to another franchise. Then, when said player tries extra hard to stick it to his old team's front office (and maybe hurts the feelings of a few thousand fans along the way)...

...well, that particular sort of vengeance now has a name: Pulling a Brett Favre.

Don't get me wrong -- there are some huge differences between the two scenarios, not limited to: Holt not crying at any point yesterday, not retiring (twice) before switching teams, and not being compared to a gunslinger, a little kid just having fun, or a swashbuckler by the announcers.

Still, after every big reception to keep a Jaguars drive alive it was easy to spot the fire in Torry Holt's eyes. When he drew questionable pass interference penalties against the Rams corners, the big grins he gave were obvious even behind his face mask.

He wanted to show the Rams owners they made a big mistake letting him go. And, with the likes of Tim Carter doing the Rams' pass catching, he proved his point and then some. Who knows, maybe a veteran receiver would have been able to get open in the end zone with seven seconds remaining, down by three, his team desperately needing victory.

Holt is not the villain that Brett Favre now is; the state of Missouri does not and will not collectively loathe him like Wisconsin does its old hero. But maybe when Favre retires (again) after this season and needs another team to return to after the second to last preseason game he'll pick the Jags. We all know Torry Holt can handle Favre's famous finger-breaking passes:

awfulannouncing.blogspot.com/
Brett Favre did not do this to Torry Holt. Yet.