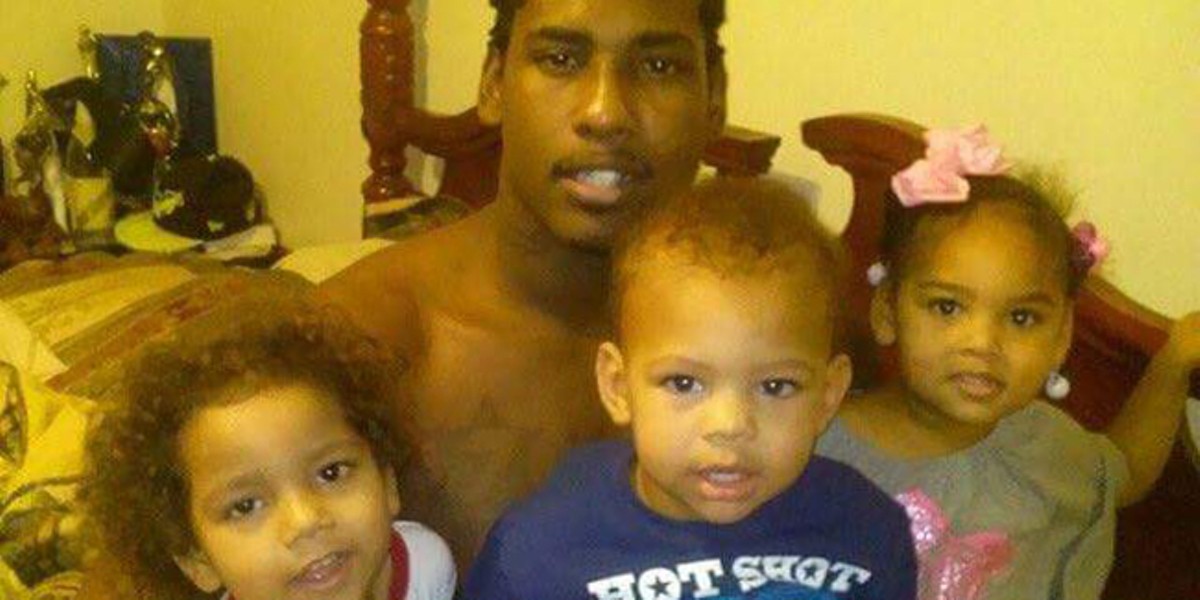 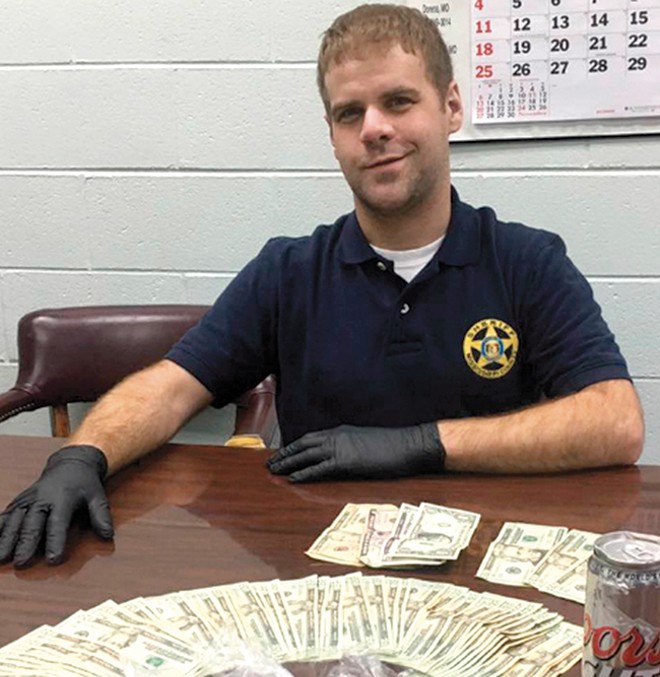 MISSISSIPPI COUNTY SHERIFF'S OFFICE FACEBOOK
Sheriff Cory Hutcheson was supposed to be limited to administrative work on the day Tory Sanders came to his jail.

The fact that Sheriff Cory Hutcheson was still on the job when Tory Sanders came to town was part legal leniency and part stubbornness.

Elected in November, the 33-year-old had been in office less than four months when he was arrested on charges filed by Missouri Attorney General Josh Hawley. Hutcheson, a Republican in a county that voted heavily for Trump even while most local office holders remained Democrats, had promised during a bitter campaign to rid the county of drugs and drug dealers. After he took office in January, he promoted his image as a man who could get things done, leading a newly assembled team of deputies to make dozens of narcotics arrests as he taunted suspects through Facebook and the local newspapers.

Hawley, however, had begun to see the brash young sheriff as a threat to the people of Mississippi County and the rule of law. On April 5, he filed criminal charges against Hutcheson and had him arrested.

At the bail hearing, Hawley says, a prosecutor from his office tried to get the judge to deny the sheriff bond or at least set conditions of his release that would keep him from continuing to run the sheriff's office while under indictment. Both requests were denied.

The charges against Hutcheson covered a pair of cases, filed in tandem. In the hairdresser case, the sheriff is accused of stepping in the middle of a dispute between his 23-year-old sister-in-law, Kasey Hall, and the elderly sisters who operate Joyce's Beauty Shop in his hometown of East Prairie. Hutcheson went in uniform in March to collect his sister-in-law's $428 final paycheck and ended up handcuffing 77-year-old Bonnie Woods' left wrist and snatching the check from her right hand, according to the criminal complaint. The confrontation led Woods to suffer a heart attack, authorities say.

Hutcheson also filed a bogus probable cause statement with the county prosecutor, alleging Woods kidnapped and assaulted his sister-in-law, authorities say. The sheriff has acknowledged in court filings that he at least tried to handcuff the septuagenarian after she used "physical force" and that he later deposited the check into Hall's bank account. He also admits he sent a document regarding the case to the county prosecutor, but he claims he did that before he saw Woods that day. Everything he did, according to the defense outlined in court documents, was done properly and within his duties as a law enforcement officer.

"If an injury occurred to Ms. Woods in the course of the facts alleged in the complaint, it was due to her unlawful acts in not submitting to the arrest," Hutcheson's attorney argued.

Hutcheson also denies wrongdoing in the second case, which originated in an FBI investigation in 2014, when he was still a deputy. Hutcheson is accused of forging paperwork to persuade a security company to release GPS data that allowed him to track the cell phone locations of a judge, five state troopers and the county's then-sheriff — the man he would successfully challenge in the 2016 election.

Hutcheson's arrest made statewide news, but he was unbowed. After a few hours in jail, he posted $75,000 worth of bonds and returned to work. Even when the state took emergency action to suspend his peace officer's license, Hutcheson continued to head the department.

He was supposed to be acting only as an administrator, prohibited from overseeing investigations, making arrests or even responding to emergency calls. All of those duties were to fall under the watch of the chief deputy. But even that fraught separation of powers proved to be too much authority for Hutcheson, Hawley says — something that became all too obvious on the day Tory Sanders died. 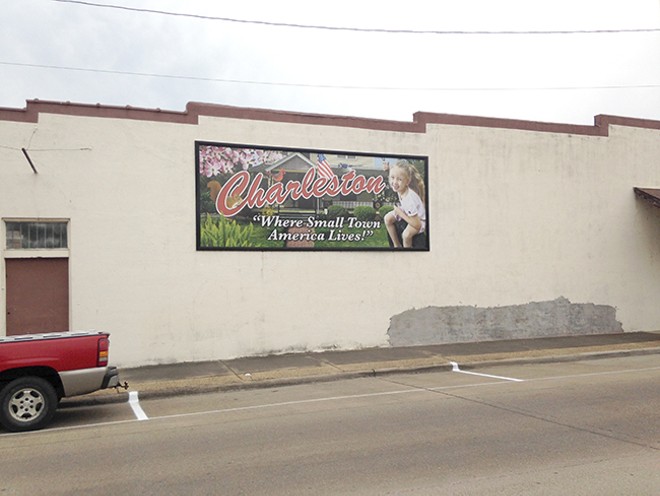 PHOTO BY DOYLE MURPHY
Charleston, Missouri, was a long drive from Sanders' home in Nashville.

As the day of May 5 wore on, Tory Sanders' family went from concern to panic to disbelief. His mother, Quinta Sanders, had spent the night before and early morning fielding his phone calls, trying to help him figure out how to get home to Nashville.

"If I go to the police, will they help me?" he asked, according to his aunt.

His mother assured him that officers would at least direct him to the nearest bus station. About 4:30 a.m., Quinta Sanders had to get off the phone and go to work. With any luck, her son would sort out the problem by the time she was off-duty. But that is not what happened.

Sanders eventually made it over to Casey's General Store in Charleston later that morning, Hawley says. His first encounter with police at the Flying J had not led anywhere, so he tried again with officers at the convenience store. Sanders showed signs of distress and asked to see a counselor, according to Hawley. He also told the officers he had a warrant for his arrest as a result of an altercation with the mother of his kids before leaving Tennessee. It was now about 11 a.m., and he'd been on the road for almost 24 hours.

Charleston police agreed to check out the warrant. They took him to the Mississippi County Detention Center, where they asked for a mental health professional and ran a warrant check on Sanders.

He did have a warrant, but it was not a serious enough charge to extradite him to Nashville, according to Hawley. About noon, the mental health professional arrived, evaluated Sanders and found there was no reason to hold him.

Sanders was free to go, but there was a problem — Hawley says the out-of-towner did not want to leave.

"Details at this point are still unclear, but it appears Mr. Sanders declined to leave the holding cell in which he was waiting at this time," Hawley told reporters at a news conference. "Our early indications are that he became increasingly agitated at this point for reasons that are also still unclear."

Shortly before 4 p.m., Sanders borrowed a cell phone from the sheriff's chief deputy and dialed his mother. It was the first she had heard from him since that morning, and she was startled to learn he was in jail. Sanders' aunt, Natasha Nance, says the deputy told them that Sanders seemed to have suffered a mental breakdown. Deputies were supposedly trying to get him to a hospital.

Mother and son traded multiple calls during the next half-hour, according to the family and Hawley. About this time, jail staff called the mental health professional back to the jail for a second evaluation. This time, the counselor decided Sanders should be held for 96 hours in protective custody. Nance says the family was under the impression Sanders would soon be on his way to a hospital in Poplar Bluff, and Quinta Sanders tried to reassure her son on the phone.

"Calm down, Tory," she said, according to Nance, who was sitting beside her. "They're trying to help you."

But Sanders was frightened.

"They're not trying to help me," he told his mom. "They're trying to kill me." He claimed they were "electrocuting" him at the jail.

Indeed, according to Hawley, Sanders was shocked with a stun gun at least three times throughout the day. Nance says the family was told during a follow-up call with the jail that Sanders had been hit with a Taser twice but not to worry, because it did not seem to faze him.

Around 6 p.m., jail staff decided to move Sanders from the holding cell where he had spent the afternoon to another cell.

"Mr. Sanders was apparently unwilling to move," Hawley says. "This resulted in a series of exchanges and altercations between the jail staff and Mr. Sanders that lasted until approximately 6:45 p.m."

At the beginning of the confrontation, jail staff called in Charleston police to pepper-spray Sanders. The showdown continued into evening, heading toward a crescendo around 7 p.m. That's when Hutcheson himself arrived at the jail and started organizing his staff and the Charleston cops, Hawley says.

Fifteen minutes later, a crew of at least six stormed the cell, according to the attorney general. Ten minutes after that, at about 7:25 p.m., they called for an ambulance. Sanders was down, and his life was slipping away.

He was transported to the Missouri Delta Medical Center in nearby Sikeston, but it was already too late. The county coroner confirmed his death shortly after 8 p.m.