David Karney
City leaders at tonight's meeting of the Town & Country board of aldermen will consider a resolution to censure one of their own. At issue is an email sent from the computer of alderman David Karney under the alias "Jeff Storehouse."

The email, sent October 8 to fellow alderman Fred Meyland-Smith, stated that the Town & Country official "should be shot" for voting in favor of plans to cull the West County suburb's massive and sometimes dangerous deer herd.

According to city documents, Karney denies having sent the letter but admitted to police that he was in his office when the email was sent. He has declined to name who actually emailed the threat to his colleague.

Continue on to view tonight's resolution to censure Karney and read the email in question. 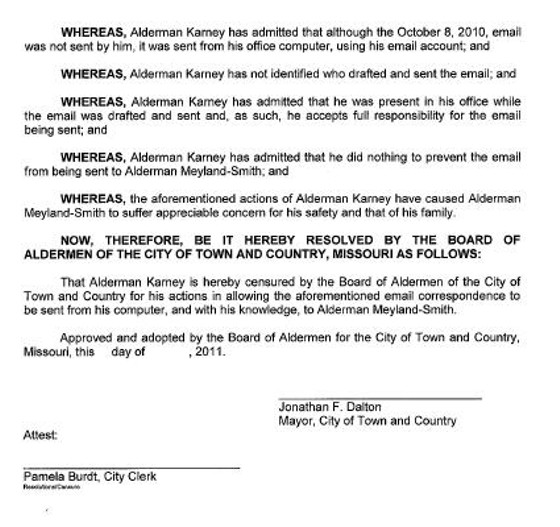