Trade Target Talkin': How Much for that Pitcher in the Window? 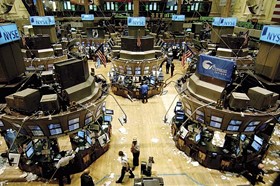