On Saturday night, George Zimmerman, the Florida man who shot and killed Trayvon Martin, an unarmed black teenager, was found not guilty of second-degree murder and avoided a manslaughter charge as well. By Sunday, cities across the country had organized rallies to protest the jury's decision in the case that has sparked national outrage about racial profiling and self-defense gun laws.

Locally, hundreds gathered yesterday evening at the St. Louis Justice Center downtown for a "No Justice No Peace For Trayvon Martin" rally, featuring State Senator Jamilah Nasheed and some families who have lost loved ones to gun violence.

Below are some photos from the rally as well as footage from another protest in Florissant that a reader sent our way.

St. Louis Mayor Francis Slay, who has advocated for stricter gun policies, also posted this message on Facebook over the weekend:

My prayers are with the Martin family. A young person died senselessly. His death, the trial, the verdict, the law - these must be elements of a national discussion about violence, guns, race, and the kind of country we want to be.

That is the kind of conversation we could begin here on Facebook, where many of agree on most things, and carry on in other parts of our lives.

Leah Greenbaum
Speaker at the Justice Center asked participants to join hands for a silent prayer.

Leah Greenbaum
Zahmill Manuel: "When they said 'not guilty' I smacked my laptop off my desk. I screamed. I fell down crying. I don't know this boy. I've never seen this boy a day in my life but I felt completely devastated." 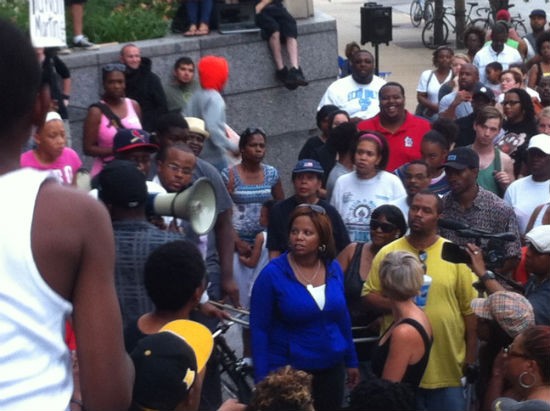 The rally eventually spilled out across Tucker Boulevard from the steps of the Justice Center to the lawn at City Hall.

"We're fired up. Can't take it no more!" participants chanted. "No Justice, No Peace!" 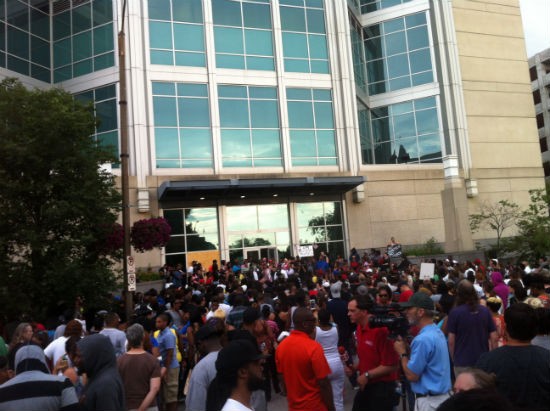 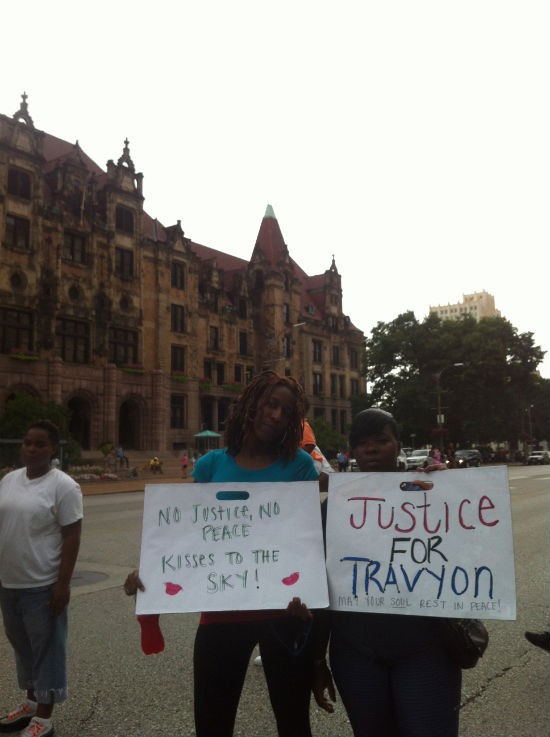