Two Debuts and One Ugly Game For the Redbirds 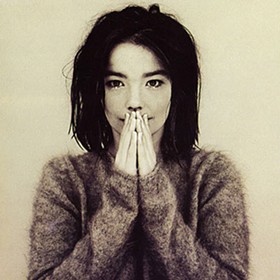 Neither Lance Lynn nor Maikel Cleto's debuts were nearly as good as Bjork's. Still, they weren't all bad, either.
There are many, many things I could say about the Cardinal game last night. However, while this isn't exactly a family blog, there are certain standards of human decency we at the RFT are bound to uphold.
Ergo, I will not be discussing the defensive miscues in much depth. Nor will I be discussing the managerial brilliance which brought Jake Westbrook to the plate as a pinch-hitter in what was still a relatively close game while Lance Berkman, a.k.a. the dude who's leading the club in half-dozen offensive categories, was still available off the bench.
What I will discuss is the two pitchers who made their major league debuts last night, Lance Lynn and Maikel Cleto. Of course, having a pair of rookies, one of whom was summoned up with 24 innings of experience at Double A to serve as backup in case the starter failed to go deep, had a lot to do with the ultimate ugly result of the game. Still, there was plenty to like from both the youngsters who pitched for the Cardinals last night, despite the sour result.
First off, Lance Lynn. I said yesterday I thought starting him on short rest in his MLB debut was a bad idea, and I stand by that now. Lynn looked gassed to me in the sixth inning, and I'm not surprised. He was probably running on adrenaline in the early innings, and when that inevitably wore off the short rest and travel probably all caught up with him at once.
Still, I was encouraged by what I saw from Lynn. It was the first time I had gotten to see him pitch since his velocity jump last year following some adjustments to his delivery and approach, and I was pleasantly surprised by the quality of his stuff. The fastball had nice hop, particularly when he worked up high with it to put hitters away. He threw a couple of very nice breaking balls as well, getting them over for strikes whenever he needed to. I only saw a handful of changeups, but he did break off a particularly nasty one striking out Brandon Crawford, if I remember correctly.
I like that Lynn works quickly, as well. While I'm skeptical of the old trope that pitchers who work quickly actually make a difference in the quality of defense played behind them, I would still rather see a pitcher get the ball and just go, rather than taking forever in between pitches. The rhythm seems better for the pitcher, and at the very least, it's easier to watch on my end.
Really, though, what was more encouraging to me than anything was the number under BB for Lynn's night: zero. He didn't walk a batter while striking out five, and you can go a long, long way in the game of baseball if you're willing and able to attack the zone and force hitters to earn their way on. Given a little better luck and some better defense -- Ryan Theriot, I'm glaring at you, and Colby, you're getting a dirty look as well, though you did drive in six runs, so I can't be really angry -- Lynn should have had a much better line than he ended up with. (I said I wouldn't bitch about the defense, so I promise that's the last of it.) To wit: Lance Lynn allowed four hits, no walks, hit one batter, and ended up stuck with five runs. In other words, every single hitter Lance Lynn allowed last night scored, to the point he actually allowed more runs than hits. That's not something you see very often.
Of course, some of the damage came after Lynn exited the game, when Trever Miller continued his season-long pattern of not retiring pretty much anyone. I've stood up for Miller for most of the season, because he's been a very good performer for the Cardinals in the past, and his overall track record says he'll come around. The longer we go on with him looking helpless on the mound, though, I'm beginning to think Trever just isn't going to find his stuff this year.
Now, for Maikel Cleto, the other pitcher making his debut for the Cardinals last night. I think we can safely say, as of the morning of the third day of June in the year of our lord two thousand and ten, that Maikel Cleto is not quite ready for the big leagues just yet.
That's not to say Cleto didn't do some impressive things last night. He clearly has a special arm, the sort of arm that makes scout and fan alike drool with the possibilities. He didn't quite get to 102 on the gun, as he was reported to have done in a minor league game earlier this season, but he did push it into the high 90s, and didn't look at all like he was struggling to get it there. The offspeed stuff for Maikel clearly still needs work, though you could see the sharpness of his slider in his second inning of work, once he had gotten himself a bit more under control.
click to enlarge

Thankfully, Cleto shares Nuke's propensity for wildness, rather than his fashion sense.
​But if Lance Lynn was in a tough position, pitching on short rest in his major league debut, fresh up from Memphis and probably a bit travelworn, then Cleto was in an absolutely impossible one. This is a pitcher who, at 22, is finally starting to put together his substantial tools into a usable package, and having real success for the first time in his career. Prior to this season, Cleto had been an enigmatic underachiever, a Nuke Laloosh archetype if ever there was one. He began the season in High A ball, was promoted to Springfield after just five starts, and made only five more in Double A before he found himself on the Busch Stadium mound last night. Oh, and he pitched on Sunday as well, so he, like Lynn, was going on three days of rest.
So Maikel Cleto needs a bit more time in the minors before he's ready for the big time. That's to be expected, and I for one hope the kid can take some positives from his outing last night. He came in and was just blasted. (For the record, he didn't get much help from the home plate umpire, either, who seemed to be squeezing him on the low side of the zone, but that's just how it goes sometimes.) Dave Duncan came out to try and calm him down, and it actually seemed to work. Cleto struck out the last two hitters in the inning, and then worked a clean frame in the eighth.
At the very least, he should take his three strikeouts back to Springfield with him as he works toward a day when he'll be regularly overmatching major league hitters. Remember, Maikel: you have the stuff to get big leaguers out. Now go turn that stuff into results. We'll be happy to see you when you do.
I say Cleto was in an impossible situation, and I meant it, but I honestly didn't have a problem with his callup. Mitchell Boggs probably would have been the easier choice, I'm sure, but considering whoever was brought up to back Lance Lynn last night was likely going right back down to the minors today, Cleto made a fine option. Boggs has already been jerked around enough this year; better to let him lick his wounds and get his work in in peace. This way Cleto got a look, a little experience, the Cards didn't have to disrupt their minor league staffs any more than necessary, and Lynn had the backup he needed. As much as I hated the way Lynn's callup was handled, I have no problem with Cleto being the reliever the Cards chose to bring up.
Now, let's just hope we don't see him again for awhile, when he's a little more prepared for life in the big leagues.
Lynn, though, I'm hoping to see more of. At the very least, I'm hoping the club gives Kyle McClellan all the time in the world to recover from his hip injury, both for his sake and for Lance's. We don't need K-Mac hurting himself any worse than he already has, and I'm looking forward to seeing what Lance Lynn can do in the big leagues in a slightly more advantageous circumstance.