U. City 'Joker' Barred From Wearing Costumes, Makeup in Public

Jeremy Garnier, who dressed as the Joker and made threats on Facebook Live, also told to stay away from drugs 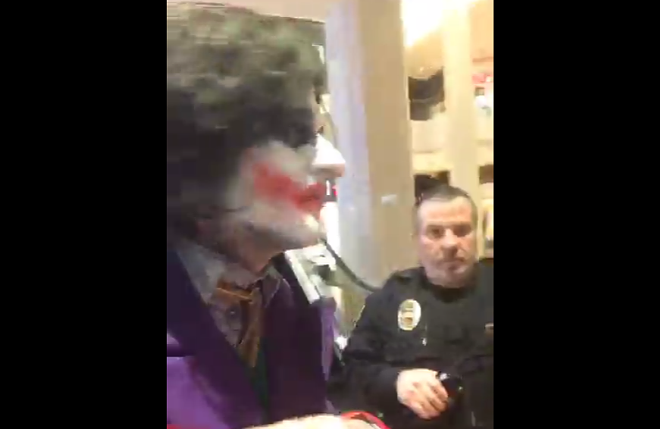 Riverfront Times file
In this screenshot from a now-deleted livestream, authorities confront Jeremy Garnier for making threats while dressed as the Joker.

A University City man who made "terrorist threats" in the Delmar Loop while dressed as the Joker received a 60-day jail sentence last week.

University City Police arrested Jeremy Garnier, 51, in March 2020 after bystanders heard him livestream threats while "in character" as the Joker.

See also: Watch the "Joker" Get Arrested for Making "Terrorist Threats" in the Loop

At one point in Garnier's now-deleted Facebook video, Garnier told a bartender at Blueberry Hill that he doesn't drink alcohol 一 he "can't be inebriated when I'm planning on killing a bunch of people."

Garnier and his supporters have since contended that Garnier's alleged "threats" were reported mistakenly without the context of the beginnings of a Joker-esque performance art. His supporters started a GoFundMe for him after his arrest to cover a retainer free for an attorney.

"While this was undoubtedly not Jeremy's best decision considering the consequences... He was not threatening anyone," the former campaign's description reads. 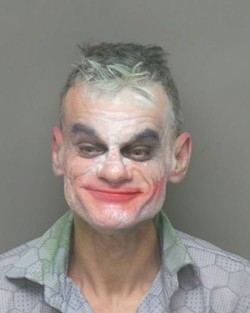 Prosecutors originally charged Garnier with a felony charge of making a terrorist threat, though the charge was later reduced to a misdemeanor. He pleaded guilty on Friday.

Part of Garnier's sentence requires him to stay away from drugs and Blueberry Hill. He's also barred from appearing in public while wearing a costume or face makeup.

In an interview over the weekend, Garnier told the St. Louis Post-Dispatch he already spent about five and a half months in jail as he awaited trial, and therefore will not have to serve out his 60-day sentence.

Garnier told the daily that "everybody knew" his front as Batman's nemesis was a joke, but he learned his lesson.

"Think before you act," he said. "Your actions have repercussions. No matter how trivial and joking I thought it was, people took it seriously."