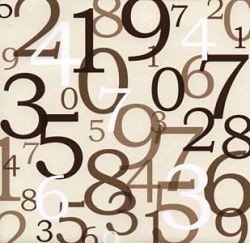 Curtis Cooper, a math professor at the University of Central Missouri, has discovered the world's largest prime number.

Well, yes, but primes are special. As you may recall from basic math, they're numbers that have no factors besides themselves and one. One is a prime. And two. And three. And seven. And eleven. And thirteen. But as numbers get higher, primes are fewer and farther between.

No, we're not exactly sure how you would say that.

Cooper discovered this number as part of the Great Internet Mersenne Prime Search (GIMPS), which provides a computer program whose function is to sift through absurdly-high numbers to determine their prime-ness. (A Mersenne is a special kind of prime number.) Nearly one thousand on-campus computers ran the GIMPS software simultaneously while on the great hunt; one of the computers ran for 39 days straight just to prove that the new number was prime.

This isn't the first prime number Cooper has discovered; working with Steven Boone, he found two others, the first in 2005, the second a year later. This time, GIMPS will give him a $3,000 prize for his efforts.