Up in the Air Earns Six Oscar Nominations 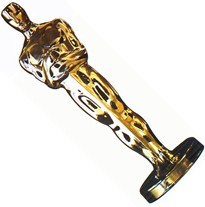 Up in the Air may get snubbed on Oscar night.
Besides honors for director-and-screenwriter Jason Reitman, Up in the Air was largely snubbed at the awards shows leading up to the Oscars.

This morning, the Academy of Motion Picture Arts and Sciences announced its nominees for the Oscars, with Up in the Air -- which was largely shot here in St. Louis -- getting the nod in six categories:

Two major awards shows, the Critics' Choice Awards and the Golden Globe awards, largely left out Up in the Air.

Here's a tally of nominations and wins from those shows: