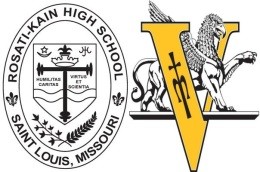 As a former Jr. Billiken of St. Louis University High School, it hurts my blue-and-white heart to type these words.

But the Cardinal Newman Society in Virginia has released its 2012 Catholic High School Honor Roll Top 50.

Not a single St. Louis institution made the Top 50, but two got special recognition for "Excellence in Academics": St. John Vianney (all-boys in Sunset Hills) and Rosati-Kain (all-girls in the Central West End).

At SLUH, we were all told how special we were, how first-rate the education was, and that we would ALL be President of the United States, all at the same time.

Now you're telling me it's not true? Also: Vianney? Whose student body, back when I was in school, was indistinguishable from the male cast of Grease?

Meanwhile, Vianney is bragging in an e-mail sent to alumni and friends that their national ranking is "based on a rigorous evaluation by the Cardinal Newman Society," and that

There are 1,205 Catholic high schools in the United States. Vianney was designated as a school whose academic program is among the top 50 of these.

Well, the Cardinal Newman Society's motto is Ex corde ecclesiae. I didn't take Latin because I was so busy being special, but I'm pretty sure that means, "We Don't Know What We're Talking About."

If you can't remember where you went to high school, RFT also has a neat-o flow chart to help you out.