Wall Street thinks the future of education is screen learning 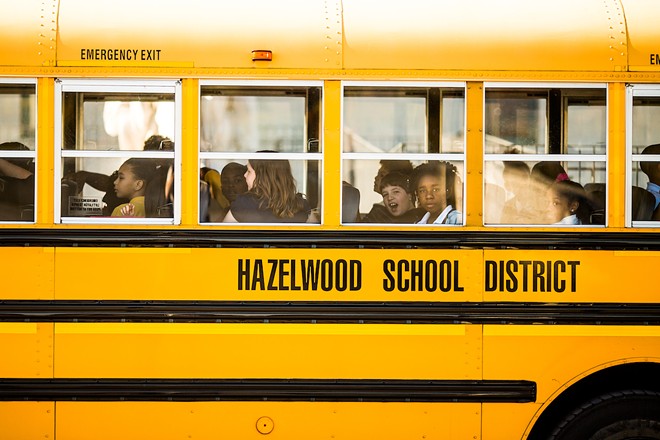 THOMAS HAWK/FLICKR
Hazelwood is using Stride to fill a teacher shortage and students have said the classes are less engaging than ones taught by in-person teachers.

This week's RFT cover story details how Hazelwood School District has contracted with Stride Learning Resources to provide remote instruction for its students.

Sure, Stride Learning Resources has had more than its share of critics, owing to well-documented problems in Florida, Georgia and California.

There was even a federal class action lawsuit, filed in Virginia in November 2020. It alleged K12 Inc. — the company’s name at the time — had misled investors by making false and misleading statements about the company’s business, operational and compliance policies.

Specifically, the lawsuit alleges Stride failed to disclose it lacked the technological capabilities and expertise to support the increased demand for virtual and blended education during the pandemic, while lacking adequate defenses against cyberattacks. The latter issue led the Miami-Dade County Public Schools to sever ties with K12 in September 2020.

In November 2021, a federal judge dismissed the plaintiffs’ lawsuit on the grounds they failed to prove their fraud claims. A three-judge appellate panel upheld the lawsuit’s dismissal.

Even so, Wall Street remains gung-ho on the future of Stride (NYSE: LRN). In an analysis for the Seeking Alpha website, investment advisor Stephen Tobin writes, “Stride had an outstanding 2021, and 2022 appears to be exceeding forecasts. It is fast-growing and profitable. The success of Stride is founded on the excellence of its educational products, as witnessed by the high satisfaction ratings its customers report.”

Tobin concludes that Stride online high schools “perform well with high retention rates and a growing pupil base. I think the recent pandemic and the excellent academic results Stride pupils achieved will add impetus to its growth in the coming years.”

During its first two decades, the company focused on providing an online curriculum to homeschooled students. Its prospects soared in 2020 when schools shut down because of COVID-19, and they are climbing even higher because of the nationwide teacher shortage that shows no signs of easing.

In an earnings call with investment professionals held October 25, Stride CEO James Rhyu boasted that his company was still outperforming brick-and-mortar schools when it came to virtual learning.

“I think you [are] also going to start seeing a little bit more emphasis on outsourcing some of those programs, because I think they realize that they’re just not — they’re not going to be good at it,” Rhyu said, according to a transcript of the call. Rhyu suggested that the resurgence of COVID heralded positive news for Stride.

Stride is a product of Silicon Valley, with an extraordinarily well-connected set of backers.

Ronald J. Packard, a former Goldman Sachs banker, launched the company in 2000 with $10 million from Larry Ellison, the chief executive of Oracle Corp., and Michael Milken, the junk-bond king who pleaded guilty to securities fraud in 1990 before becoming an education philanthropist.

The company’s cofounder, former U.S. Secretary of Education William J. Bennett, resigned from the board in 2005 after saying on a radio show that aborting Black babies would result in a lower crime rate. (In the same segment, he called that idea “morally reprehensible” and later described it as a “thought experiment.”)

As the company has grown, performance data and newspaper articles have raised questions about whether virtual schools facilitated by a for-profit company are an effective use of public money.

In December 2011, New York Times reporter Stephanie Saul published a bruising investigation of the company that centered on one of K12’s flagship schools, the Agora Cyber Charter School, just north of Philadelphia.

Her story began, “By almost every educational measure, the Agora Cyber Charter School is failing.

“Nearly 60 percent of its students are behind grade level in math. Nearly 50 percent trail in reading. A third do not graduate on time. And hundreds of children, from kindergartners to seniors, withdraw within months after they enroll.

“By Wall Street standards, though, Agora is a remarkable success that has helped enrich K12 Inc., the publicly traded company that manages the school. And the entire enterprise is paid for by taxpayers.”

Saul concluded, “[A] portrait emerges of a company that tries to squeeze profits from public school dollars by raising enrollment, increasing teacher workload and lowering standards.”

In a statement released a few days after the Times investigation, K12 called it “unfair and one-sided, and advances an anti-parent choice policy agenda. Instead of presenting a factually accurate look at K12’s online and blended learning products and education programs, the writer mostly editorializes, selectively picking and choosing some facts and omitting many others to satisfy a pre-determined narrative.”

In 2017 the National Educational Policy Center found that only 37.4 percent of full-time virtual schools, including Stride, earned acceptable performance ratings from the state agencies that provided such ratings. (Missouri was not included in that study.) That compares with a 72 percent acceptable performance rating among “blended” schools, meaning places that combined virtual education and face-to-face activity. And the on-time graduation rate for students in virtual schools was 43 percent, compared with a national average of 82 percent for public schools.

In recent months, Stride’s share price has fallen. But overall, in the past five years, the company’s stock has shown a 103 percent return for investors, and analysts now list it as a “strong buy.”

Mike Fitzgerald can be reached at [email protected]
Coming soon: Riverfront Times Daily newsletter. We’ll send you a handful of interesting St. Louis stories every morning. Subscribe now to not miss a thing.