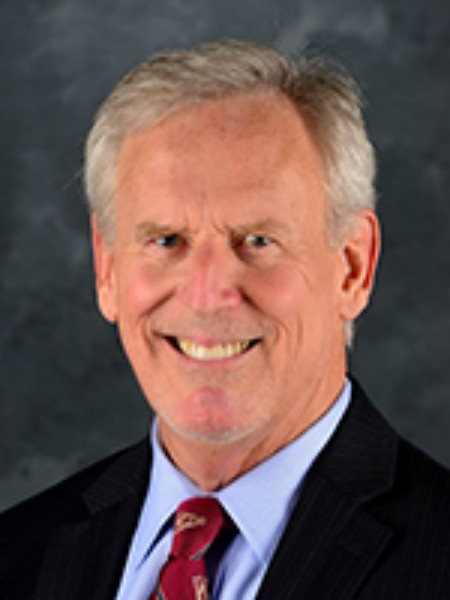 Justin X. Carroll was the university's associate vice chancellor for student affairs, but prosecutors from the U.S. Attorney's Office say he also went by the nickname "MOperv" as he trolled dark corners of the internet.

Carroll, a 67-year-old married father who lives in University City, was part of a ring of online creeps who shared and viewed videos of young boys being sexually abused by adult men, according to prosecutors and court records.

Carroll, whose Twitter handle is @WashUDeanoFun, was indicted on Wednesday, but the documents weren't unsealed until Monday when the administrator appeared in court.

He's accused of using a Dell laptop, MacBook Air laptop and iPhone to view the videos. Investigators caught him by tracing IP addresses to the computers at his home and at the university, authorities say.

The university announced in a January 10 blog post that Carroll would be retiring in February. The post made no mention of his reasons for retiring. (Editor's note: Washington University has issued a statement saying the university put Carroll on leave after learning of the investigation. See the full statement below.)

U.S. Attorney Richard Callahan said in a statement that Carroll's crimes don't include any connection to Wash U. students or his work responsibilities.

Carroll has a long and decorated career at the university, spanning 35 years. He has been the dean of students and was named interim athletic director in February.

He faces a maximum prison sentence of twenty years and a fine of $250,000.

The university didn't immediately respond to a request for comment.

Editor's note: We updated this story soon after publication to include an additional detail and again at 2:40 p.m. to correct Carroll's title and include a statement from Washington University.

Statement from Washington University in St. Louis regarding Justin Carroll

We want to take this opportunity to remind members of the university community and the general public that the university has channels for reporting suspected violations of law, regulations and/or or university policy, including our compliance hotline, 314-362-4998.