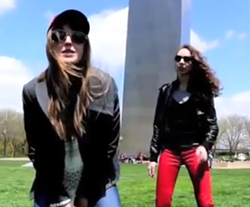 Last week, we wrote about yet another national crime ranking that put St. Louis at the top -- which, unsurprisingly, the mayor and the police department were quick to dismiss. Their argument is that the methodology of these rankings is inherently flawed and that these reports make the metro area seem a lot more dangerous than it really is.

Turns out, if they had waited a week, they could've just sent out a locally produced rap video that conveys their pro-St. Louis message a whole lot more colorfully!

That's right, ladies and gentlemen: We officially have the first-ever rap about St. Louis crime stats...and that tricky city-county divide. It's the St. Louis Crime Report.

Here's the video, which began making the rounds yesterday after three Wash. U. students posted it as part of an online journalism class project.

Schranck, 23, made the video with Vanessa Woods (the ballerina in the footage) and Madeline Yochum, who filmed it. All three are communications and journalism students at Wash. U., and they made the video for a class taught by Post-Dispatch reporter Jeremy Kohler.

Kohler had the idea that the three do some sort of video about crime in the city, and Schranck thought a rap might be fun. 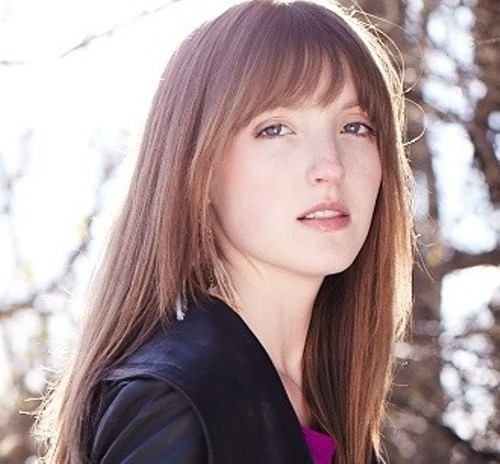 "What if we make the rap about the perception of St. Louis as this super dangerous city?" says Schranck, who grew up in the county and is a singer-songwriter who goes by the name Lizzie Weber.

They did research on the data and came up with the goofy video above that relays some of the central arguments of the city and its defenders.

That is that the city of St. Louis is entirely separate from the county and thus gets unfairly compared to other metro areas that do include their suburban counterparts in the final numbers. The rap also mentions that different kinds of crimes aren't properly weighted in the ranks ("Are auto-theft and murder the same?") and that the blanket FBI stats ignore a variety of factors.

Continue for more of our interview and for the full lyrics.