One of my earliest -- and, unfortunately, most vivid -- childhood memories is of a particular weekend at my grandmother's house.

I was five years old, and it was summertime. I remember because I had been informed a week or two before that that I would be starting kindergarten that year, and I was less than thrilled at the idea of spending so much time away from my He-Man figures.

Anyhow, my dear old grandma was taking a nap in the afternoon. I wasn't all that sleepy, so I was wandering around the house. I decided I was thirsty, so I got into the refrigerator to get something to drink. On one of the lower shelves, I found a clear glass bottle filled with a green liquid. It didn't have a label on it, but it looked delicious. (As a child, I loved anything green.) I assumed it was some sort of lime-flavored soda or something, so I opened it up and started drinking. It wasn't as good as I thought it was going to be, but I didn't want to waste it after I opened it up, so I finished the bottle.

The problem with this is that it wasn't soda, it was a bottle of magnesium citrate. Now, I'm not sure if you're familiar with magnesium citrate, but it's an extremely powerful laxative. In fact, it used to be what hospitals always gave to patients to clean them out before any sort of surgical procedure. My grandmother, being an older lady of course, wasn't the most regular individual, and so she kept a bottle of the stuff on hand. Unfortunately, she also took the label off because she didn't figure everyone needed to know what "the stuff" was. Grandma was old school about her bowels (there's a phrase you don't hear every day), eschewing fiber supplements or any other such modern, gentle remedies. She wanted it taken care of, and now. I believe that for an adult, you're supposed to drink about half of the bottle. Thus, my drinking a whole bottle as a five-year-old who probably weighed in the neighborhood of, oh, forty or fifty pounds wasn't a particularly good idea.

What I experienced next can only be described as explosive rectal decompression. I was utterly sure, as I sat there on the toilet, crying and praying to a god I no longer believed in, that I was going to die before I ever had a chance to attend kindergarten. Luckily, I did not die, but I certainly never forgot that August afternoon in 1985.

Now, I tell you that because it's really the only experience in my life that I can currently relate to the back end of the Cardinal bullpen. Yes, there's no delicate way to put it: The Cards' late-inning relievers right now, Ryan Franklin and Jason Isringhausen, are the baseball version of my childhood misadventure with the institutional-strength laxative.

The game was cruising along last night. Chris Carpenter, in his return to the Busch Stadium mound, had been brilliant, throwing five shutout innings. He probably could have gone longer, but the weather proved uncooperative. Still, Carp was in line for his first major-league victory since October of 2006. Life was good.

Brad Thompson relieved Carp and tossed a couple of scoreless frames to get the Cardinals to within sight of the finish line.

Then came the ninth inning.

[Added in acknowledgement of Bob's comment below]... First Ron Villone gave up a prodigious lead-off solo shot to previously hapless-in-2008 Andruw Jones. The Cardinals' 4-0 lead having been cut to what's known as a "save situation," Tony La Russa called in his newly reappointed closer, Jason Isringhausen, to slam the door and bring home the W for Carp. And suddenly, out of nowhere, a shit tornado blasted down Market Street, destroying everything in its path with awful brown majesty. La Russa turned the ball over to Ryan Franklin to quell the disaster, but he too was unable to contain the fury.

Luckily, Ryan Ludwick was there to save the day a couple of innings later with yet another walk-off blast, letting Izzy and Franklin off the hook and netting Jaime Garcia his first big-league victory in return for a solid inning of relief. 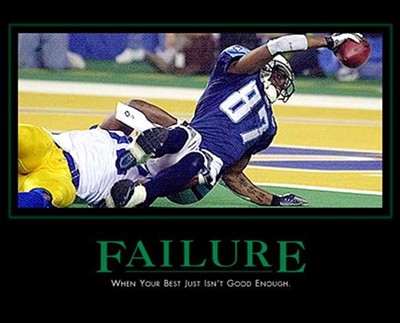 Of course, it was too late to rescue Carpenter's night. His homecoming, which started off so promisingly, not only resulted in a no decision, but likely won't even be remembered. What will be remembered is yet another blown save, yet another night the Cardinal bullpen just couldn't get the job done.

This has got to stop. We cannot just continue to watch late inning leads slip away like this. Chris Perez needs to be back up with the club. Kyle McClellan needs to be closing out games. Jason Motte needs to be strongly considered for a call-up of his own.

At some point, Tony La Russa is going to have to pull his head out of the sand (I thought I would be nice and go with sand here) and stop going to these guys who just aren't getting the job done.

I don't care how close Izzy is to 300 saves. The way he's pitching, you could give him a lead in every game the rest of the season and I doubt he would make it. It just has to stop.

Welcome back, Carp. It was great to have you back on the mound here in St. Louis. Now, whenever you can start going nine innings and just finishing games off yourself, you go right on ahead. Because honestly, that's really the only good option we're looking at here.