In an unorthodox move, the local furniture chain will soon have no hours of operation whatsoever 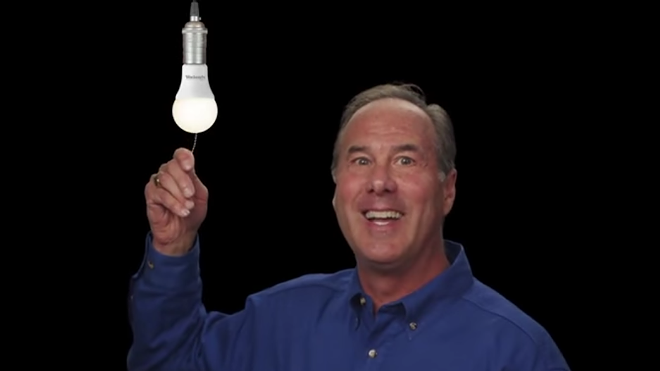 SCREENSHOT FROM THIS VIDEO
Hopefully Tom will still pop up in commercials from time to time to tell us we can't shop at his stores today.

Weekends Only, the Webster Groves-based furniture retailer whose business plan is largely predicated on having inconvenient hours, is doubling down on that bold strategy with one that is even less accommodating: having no hours of operation whatsoever.

In an unorthodox move for which only time will determine its efficacy, the local chain will soon close all of its eight stores all seven days per week instead of just four. News of the switch was first reported by online trade publication Furniture Today, which cites the retirement of owner Tom Phillips as the motivating factor.

“We cherish the many friends we have made in the industry over the years,” Phillips writes in a press release. “There has been so much change in our industry over the past few years and given the storm of challenges retailers face, now is a right time to retire and celebrate the success and good fortune we’ve had in the business.”

Phillips' exit comes just months after another high-profile departure at the company, as former President and CEO Lane Hamm left his post in August. It's unclear how the storied chain will carry on without any of the people who made it the furniture-peddling powerhouse that it is, let alone how it will sell its goods once it is literally never open. But you'd be a fool to bet against Weekends Only.

Founded in 1997 by Tom and Steve Phillips, Weekends Only built on the success of the family owned Phillips Furniture, which had been in business since 1937. The chain differentiated itself from the rest of the pack with its unusual business model, which saw stores opening their doors only on Friday, Saturday and Sunday, thereby cutting down on costs by not operating the rest of the week.

That unique way of doing business proved a success, and the chain was recently ranked No. 88 in Furniture Today's 2022 Top 100, with $74 million in reported sales across its eight locations.

Still, even for a company that's used to going its own way, operating with no hours or employees whatsoever seems like quite a gamble. And if that's a risky play, the fact that the stores will also stock no furniture at all seems downright reckless.

According to the St. Louis Post-Dispatch, Weekends Only will soon begin liquidation sales through an Enfield, Connecticut-based company called Planned Furniture Promotions. No dates have yet been announced, but those sales are expected to begin in January.

It is unclear how many days per week Planned Furniture Promotions will be open during said sales.