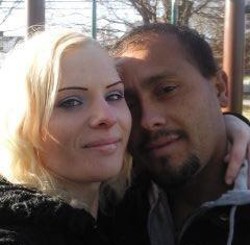 For the grieving friends and family of Carla Whitehead Guerra, 27, it's hard to believe that her husband had the opportunity to murder her and their three-year-old son. As we reported yesterday, just one month prior to the murder-suicide on Saturday, the man, Mauricio Oscar Guerra, 35, had drunkenly beat his wife with a tire iron, according to a police report, but was not arrested. Now, Daily RFT has learned that the husband was also involved in a nearly fatal stabbing just a few weeks before killing his family and in that case, also did not end up facing charges.

Beyond the short police incident reports from these violent assaults, we don't have a whole lot of detail on the investigations and how Mauricio Guerra avoided charges.

On Saturday, police say, the father, shot his wife and their three-year-old son Mauricio inside their Tennessee Avenue home in south St. Louis -- before turning the gun on himself. The three were found dead that morning. 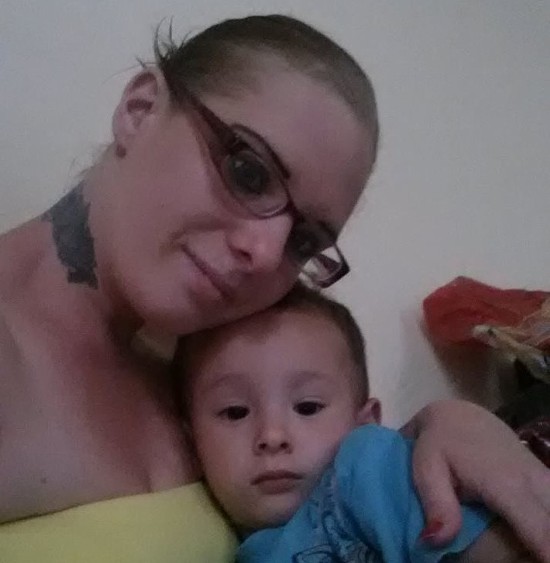 Facebook photo, printed with permission
Carla and her son.

Yesterday, we published details on a May 21, 2013, incident, in which the father allegedly came home drunk one night and beat his wife -- who had her son in her lap at the time. In this case, police say he was listed as "wanted," but they were unable to charge him.

Now, we have details on a stabbing that occurred in the early hours of June 11, an evening that got a lot of media attention due to the fact that there were eighteen injuries in eight separate incidents, all within the span of a few hours.

One of the most serious of those incidents, which we briefly discussed in our roundup of the night of violence at the time, was a stabbing in which a male suspect critically injured a 21-year-old in a stabbing with a butcher knife.

The incident happened at the same address as the tire-iron beating case -- the former home of the family on South 38th Street -- and police confirmed to Daily RFT yesterday that this suspect was in fact Guerra.

According to the incident report from this stabbing at 1:03 a.m., Guerra had left his apartment "to investigate a noise coming from an unoccupied apartment." His wife, the report says, said he left home with a butcher knife and returned with blood on his clothing.

The victim, a 21-year-old Hispanic male, was located on the floor of an unoccupied apartment. "The victim and the suspect had had a previous ongoing dispute," the report says.

When cops arrived, the suspect fled the scene and was entered as "wanted," the report says.

A police spokeswoman yesterday could only say that police had been actively looking for this suspect, but that he was not located.

It's unclear exactly what connection this stabbing victim had to the family, but it appears that they did know each other prior. The victim went to the hospital in critical and unstable condition, but survived.

"How could you not see this coming?" says DiPaolo, 48, who tells us she volunteers at a women's shelter and safe house.

Facebook photo, printed with permission
Carla with her son.

DiPaolo, who is neighbors with Carla Guerra's mother, says, "I have nothing but the utmost respect for law enforcement." Cops helped clean up her neighborhood, she says.

But, still, "I really think they let Carla down in this instance," she adds.

"We have a man that is totally out of control that is obviously homicidal," she says. "I just don't understand it."

Here is the incident summary for the stabbing case, followed by the reports for the previous domestic assault and Saturday's murder-suicide.

Incident: Assault 1st (Cutting)
Location: 4200 block of S 38th
Date/Time: 6/11/13 @ 01:03
Victim: 21-year old Hispanic male
Suspect: 34-year old Hispanic male
Officers responded to the above address for a victim of a cutting. The victim was conveyed to a local hospital and listed in critical/unstable condition and was unable to provide a statement. Investigation revealed that the suspect, who resides in the apartment next to where the victim was found, exited his apartment to investigate a noise coming from an unoccupied apartment. His wife reported that he left home with a butcher knife and returned with blood on his clothing. The victim was located on the floor of the unoccupied apartment. The victim and the suspect had had a previous ongoing dispute. Upon officers' arrival, the suspect fled the scene and was entered as "wanted". The investigation is ongoing.

Incident: Assault 2nd (Domestic)/ Endangering the Welfare of a Child
Location: 4200 block of S. 38th St.
Date/Time 05/21/13 @ 5:30 a.m.
Victim #1: 27-year old white female
Victim #2: 3-year old white male
Suspect: 35-year old Hispanic male
The victim stated the suspect returned home intoxicated, after being gone for most of the night. For unknown reasons, the suspect suddenly attacked the victim striking her numerous times with a tire iron. At the time of the attack the victim's son was laying on her lap. The victim ran from the residence leaving her son. The suspect caught the victim outside and continued to strike her with the tire iron. The suspect fled the scene and police were called. The victim suffered bruising due to the attack, but she refused all medical treatment for herself and the child. The suspect was placed as wanted. All attempts to locate the suspect were to no avail.