What About Eli? Tragedy After a Fiery Roadside Rescue

On Friday night, Justin Macanufo was driving to pick up his wife when two cars nearly collided in front of him.

The cars were both trying to merge into the same lane on Interstate 64 near Kingshighway, but the drivers didn't notice one another until the last second, from what Macanufo could see. One of the cars, a 2009 Pontiac G6, swerved away, overcorrected and fishtailed head-on into a guardrail.

"It looked like still basically full speed when she hit the guardrail," he says.

The 36-year-old pulled over, and before he could even reach the Pontiac, it was on fire, he says.

The 30-year-old driver was trapped behind the steering wheel with her door jammed shut. Macanufo says he could see two small kids in the back, so he ran around the side, opened the door and helped them out. He returned for the driver and pulled her through the window.

The woman was bloody but alert — and she knew something was wrong.

"She shouted, 'What about Eli?'" Macanufo recalls.

In the front passenger seat was a third child slumped against the door. By then the flames were spreading fast from the front of the car. There was so much fire that Macanufo had to turn his head away as he lifted the boy out of the Pontiac. Other drivers had stopped, and another man helped him move the child away from the car. Macanufo says they could hear small explosions as the car burned.

Police arrived, and ambulances. The driver walked back and forth between the kids — the frightened, wailing younger children and the unconscious older boy. Macanufo spoke to accident reconstruction officers about what he'd seen, and after about two hours, he continued on to pick up his wife. It was after midnight by the time they made it home. 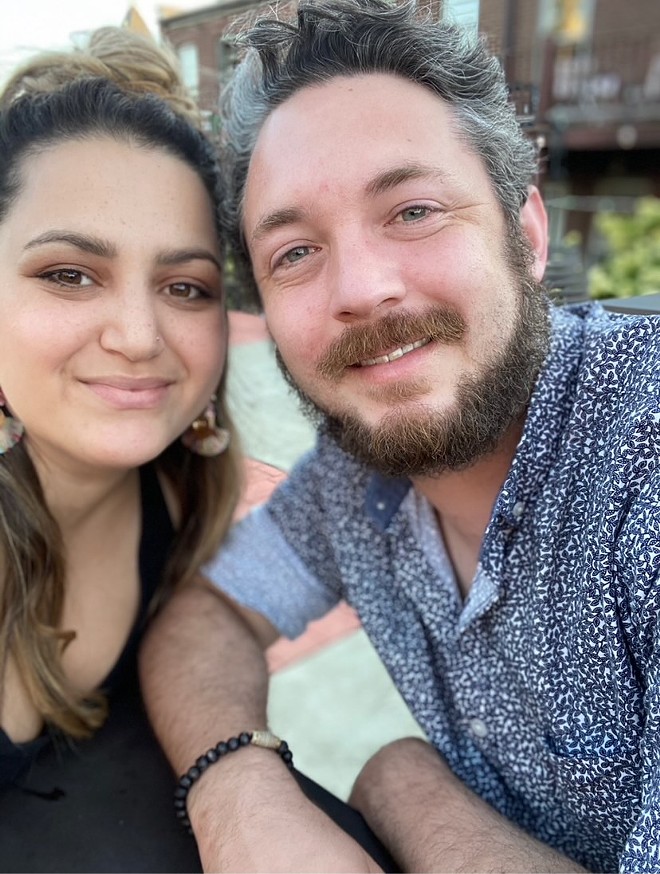 He'd only heard the oldest boy's name — What about Eli? And he wondered. The next day he searched for news stories and saw that the woman and kids were injured but alive. He took that as a good sign.

On Tuesday, he spoke to the Riverfront Times on the phone, partly because he hoped we might have more information. And, sadly, we did. St. Louis police had reported earlier in the day that nine-year-old Elijah Alexander of Wentzville had died.

He remembers medics performing CPR, and he thought the boy had woken up, but he couldn't be sure. From what he'd gleaned from police, investigators suspected the nine-year-old hadn't been wearing a seat belt, which might be why he'd been hurt so badly.

"They said it wasn't looking good," he says. "But I also found the article the next day, and it said they were all in critical condition. So I was like, 'OK, maybe he's going to pull through.'"

As he processed the bad news, he thought about any kind of lessons or anything that might keep someone else safe. He came up with some standard driving tips: Be aware, wear seat belts and stop if you see someone needs help. He thinks maybe he'll look into a dash cam, because it might have helped with the investigation. But mostly, he thought about the family.

"It's terrible that this happened to them," he says.

He remembers the two youngest kids — a four-year-old girl and a seven-year-old boy — crying at the side of the road.

"I hope," Macanufo says, "that the younger ones mostly forget the crash and just remember Eli."