Kansas voters showed full-throated support for a woman's right to choose yesterday, voting 58 to 41 to keep the right to an abortion in the state constitution, unofficial, preliminary results show.

Money poured in on both sides for the first statewide vote on abortion since Dobbs v. Jackson’s Women’s Health Organization, the Supreme Court ruling that overturned the federally protected right to an abortion. Anti-abortion activists, led by Kansans For Life, raised nearly $5 million, while abortion-rights groups, led by Kansas for Constitutional Freedom, raised $6.5 million to defeat the proposed Value Them Both amendment. If passed it would have allowed the Republican-led state legislature to impose abortion restrictions including a total abortion ban.

Anti-abortion supporters had several advantages going into the vote. The amendment was confusingly worded. A “yes” vote would have stripped the constitution of its abortion protections, while a “no” vote retained the protection. Anti-abortion advocates played up the confusion by sending texts saying a “yes” vote preserved reproductive rights.

Preliminary polling showed the vote would be close, and many pundits said that if the abortion-rights contingent kept it competitive, that in itself would be a win. Few if any predicted a 17 point landslide.

Rachel Sweet, the campaign manager for Kansas for Constitutional Freedom, was also surprised by the win, according to the Kansas Reflector. “You guys, we did it," she said at a watch party in Overland Park, Kansas. “We blocked this amendment. Can you believe it?”

"I'm very excited. I'm very jazzed," said Christian Hooper, a resident of Lenexa, Kansas. She said that after watching the overturn of Roe v. Wade, the vote "really shows that Kansans are resilient."

Others think that Democratic leaders in Washington need to take notice of the landslide results and change strategy accordingly.

"The big wigs in D.C. need to get a fucking clue. Pro-choice is popular," one Midwest politico tells the RFT. "Even in rural communities you need to run on this shit."

The politico pointed out that poor women are most affected by restrictions because they can't afford to travel long distances for reproductive health care and are less likely to have access to the information they need to have a safe abortion.

"So D.C. needs to get its shit together and start talking about it in a real way, otherwise we're going to have a Republican majority in the House and the Senate.”

The vote did prompt President Joe Biden to call on Congress to pass legislation to restore abortion access.

"This vote makes clear what we know: the majority of Americans agree that women should have access to abortion and should have the right to make their own health care decisions,” Biden said in a statement.

The way Value Them Both failed suggests that Democrats can peel away moderate Republicans on the issue.

There are many more registered Republicans than Democrats in Kansas. The New York Times reported anecdotal evidence of Republicans voting "no" on the amendment.

The RFT spoke to one Republican who voted "no" yesterday. 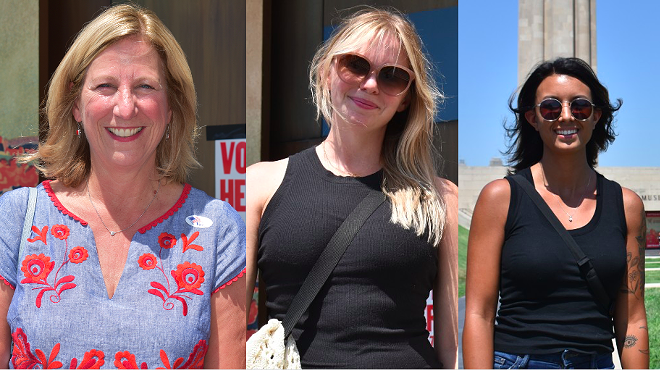 Missourians 'Very Nervous' About Kansas Abortion Vote: Kansas City residents are stressed over a proposed amendment they can't vote on


Danielle didn't want to give her last name because of the highly contentious atmosphere around voting.

"I'm a Republican, but I feel like everyone should be able to do what they want to do," she says. "I can make one choice without restricting others."

In Missouri, the newly minted Democratic nominee for Senate, Trudy Bush Valentine, made her background as a health care professional, and her staunch abortion-rights positions, bedrocks of her campaign.

Her opponent, Eric Schmitt, is just as firmly against abortion. 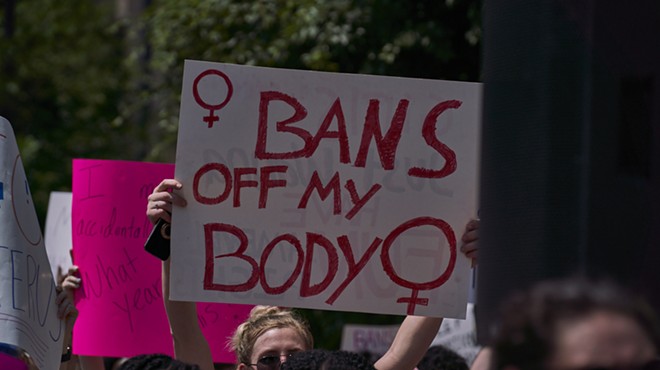 
Valentine and her staff are no doubt buoyed by the Kansas results, though, as University of Missouri-St. Louis Anita Manion previously told the RFT, "Running as a Democrat [in Missouri] is an uphill battle these days."